My god, I've never been quite so frustrated about a game release.

While I admire that Keen is back at all, this mobile port looks like a lazy cash grab to me. It doesn't even have Tom Hall's approval.

I only hope that if this does lead to more Keen games, they at least make games that aren't just F2P mobile junk.

EDIT: Maybe this will bring a new, younger audience to Keen, on the plus side? If this gets a new generation of kids interested in learning about Commander Keen and playing the original games, maybe this isn't all bad news.
Check out Flixxy the Fox: viewtopic.php?f=4&t=6378

I doubt that the 9year olds will even care to look at the keen classics. In my experience, showing Planet Cloudius to kids that play only on their phones was not successful. They thought it was boring and continued to play whatever on their phones. So in that regard, I hope that whatever they make with keen is addictive enough and will bring enough players. Hopefully it will be with not too much transactions or ads in your face. Though with planned exclusives already on the way, I strongly doubt that.

Also, to my surprise, a lot of long time keen fans on the Facebook's biggest keen page dont't even know keen modding exists. It's a shame that that page never advertise our forum or mods. They advertise only their website.
Almost all of the people replying there to the announcement though, are very disappointed of what they saw as a mobile game revival. Most expected a platformer for PC/console.

Here are some more screenshots from the trailer: 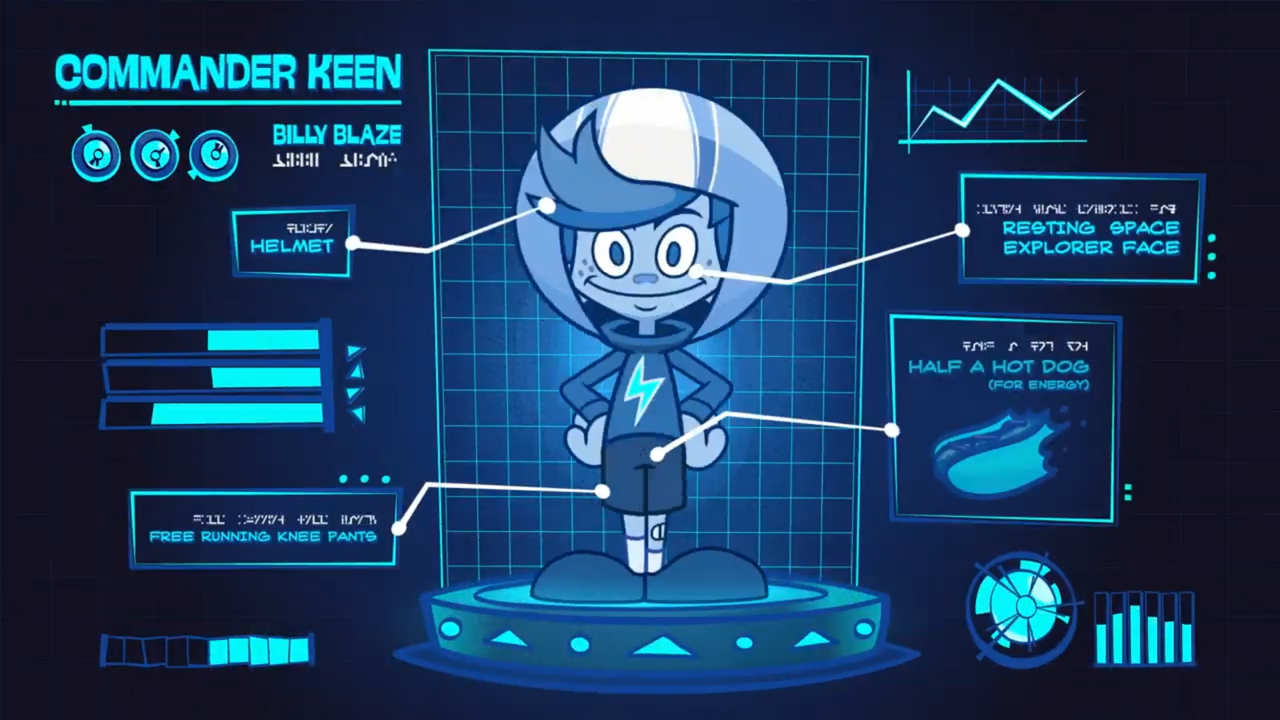 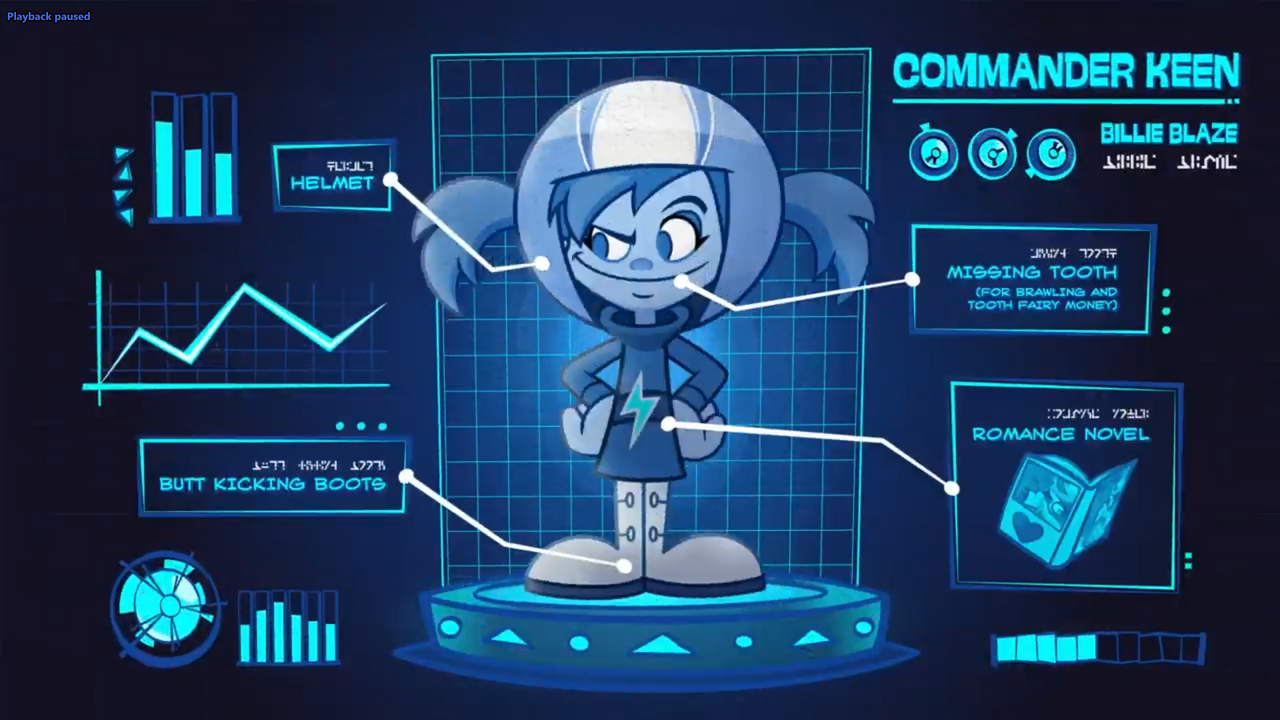 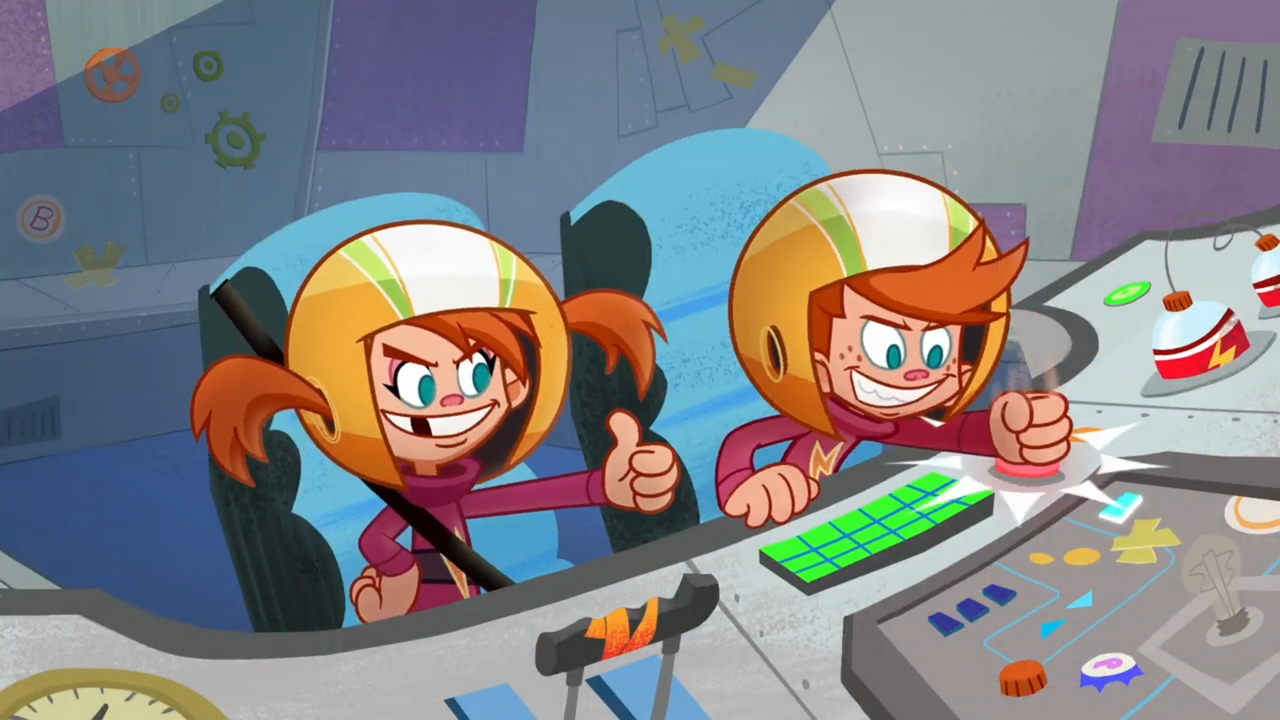 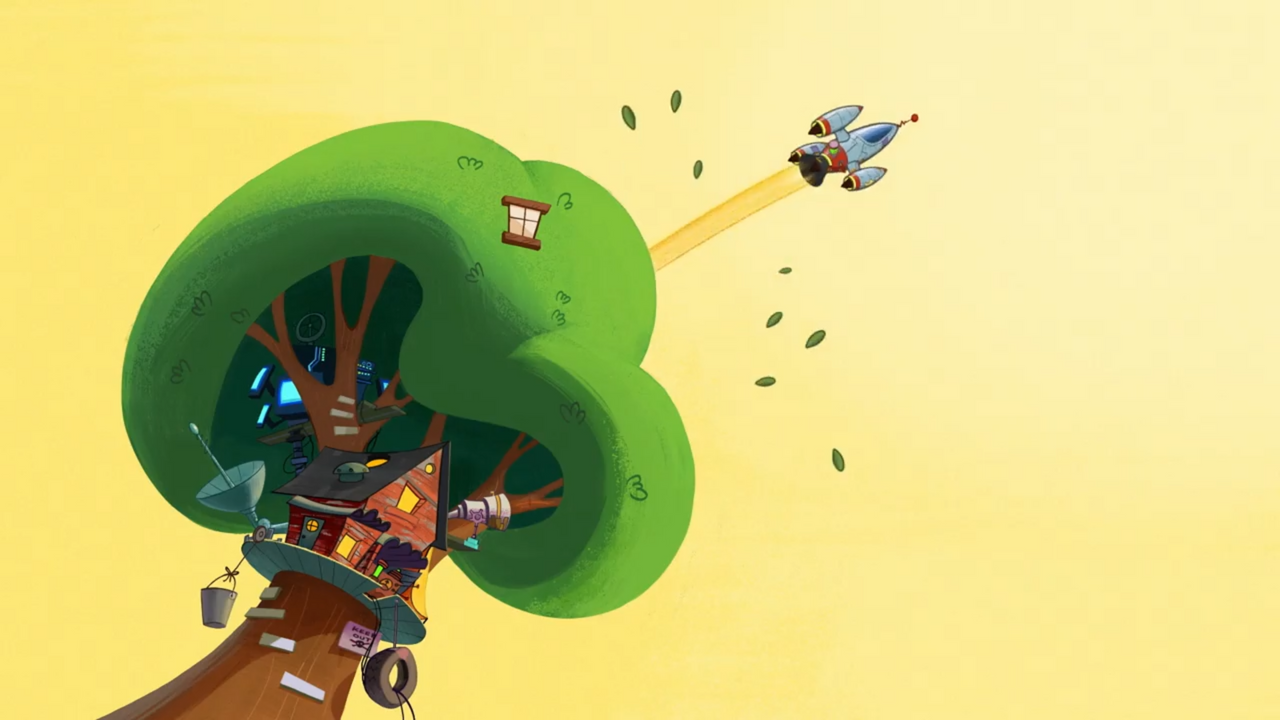 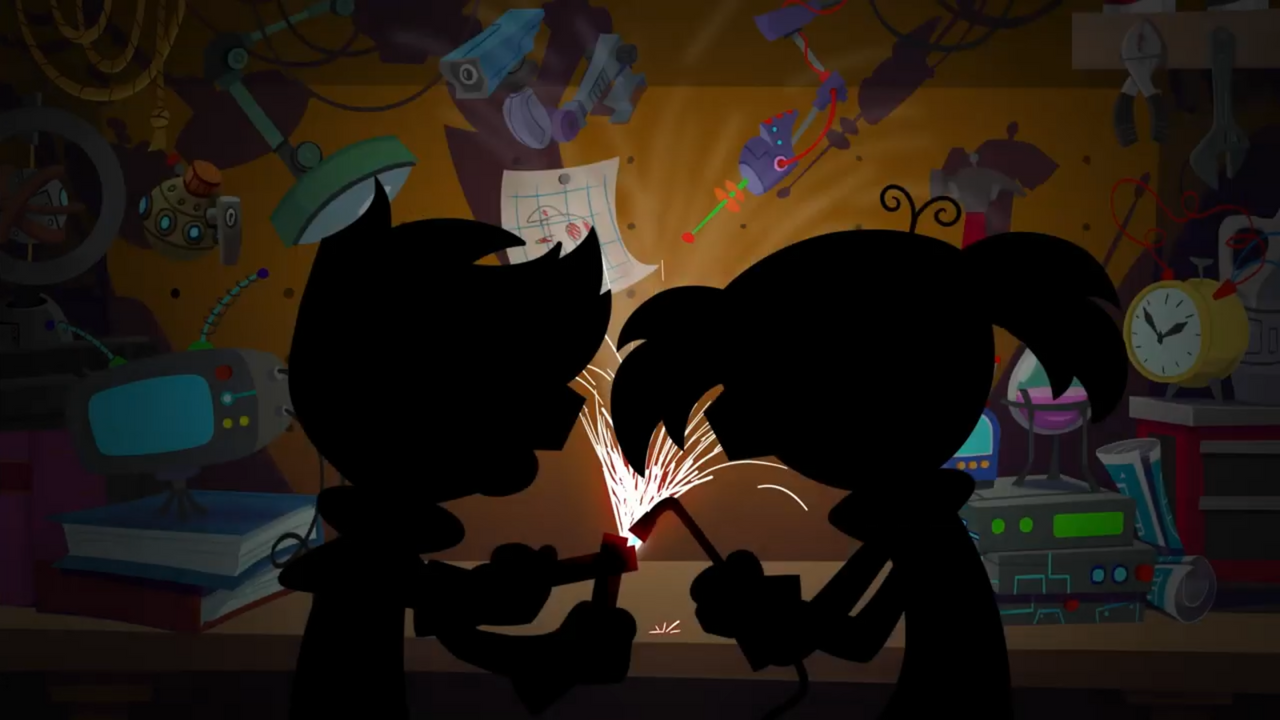 After all those years, even John Carmack said something Keen related that's actually quite interesting:

Just looking at the fact that Billy's sister is named "Billie Blaze" in this game is making me realize that if this was a kid's first introduction to Keen, it might ruin the franchise for them. Jeez. It's like being introduced to Superman through Superman 64.

...At least you have the option of a female character, I guess?...

@Roobar: why is it you are promoting this "game" so much?
"We have come to conquer you all and bring you lots of candy!" | about me | my current project: play Keen mods on a GameBoy |
Top

I'm really not. It looks terrible. Sorry it came across that way.

Edit: The game is likely to have micro-transactions in it as well, which is exploitative. So actually, fucl this game.
Check out Flixxy the Fox: viewtopic.php?f=4&t=6378

I think the current likes to dislikes ratio on the youtube trailer about sums it up...

Oof, didn't see that because I couldn't even stomach watching more than a second of a trailer. No words.

Well, if you think about it, they didn't have much options to use this franchise. If it was a platformer, then it was going to appeal to whom? The now adult keen fanbase that doesn't care anyway? Nah. They're pointing it straight to the kids of course.
More from me: Planet Cloudius IX | Jill 4 | Dave levels
Top

Alright. My initial shock has passed, so here are my thoughts about the new keen reboot:

The art-style looks pretty good, but the gameplay looks awful, and the fact that it's a F2P mobile game is pretty criminal. But I can understand why Bethesda would reboot keen as a mobile F2P. Mobile games are often low budget and high profit, and since Commander Keen is not a game that is well-known in the gaming world, rebooting it as a modern platformer would be expensive, so Bethesda took the risk-free money making way. Business is business unfortunately.

I am a sucker for some Keen lore tho, and I do appreciate the the acknowledgement of the blazkowicz family tree. I'm curious to see how they adapt the plot of the games. Now that Commander Keen is in the spotlight, I hope this would make people interested in the original games. I'm not gonna play it, but if they make some decent merch, I'll probably get a plushie or two.

Also, considering the fact that Billie has a Romance Novel as one of her items and the fact that she's sits right next to reboot Mort as she's reading it, I have a hunch that there's gonna be some sort of romance subplot between them or something. Just a hunch. 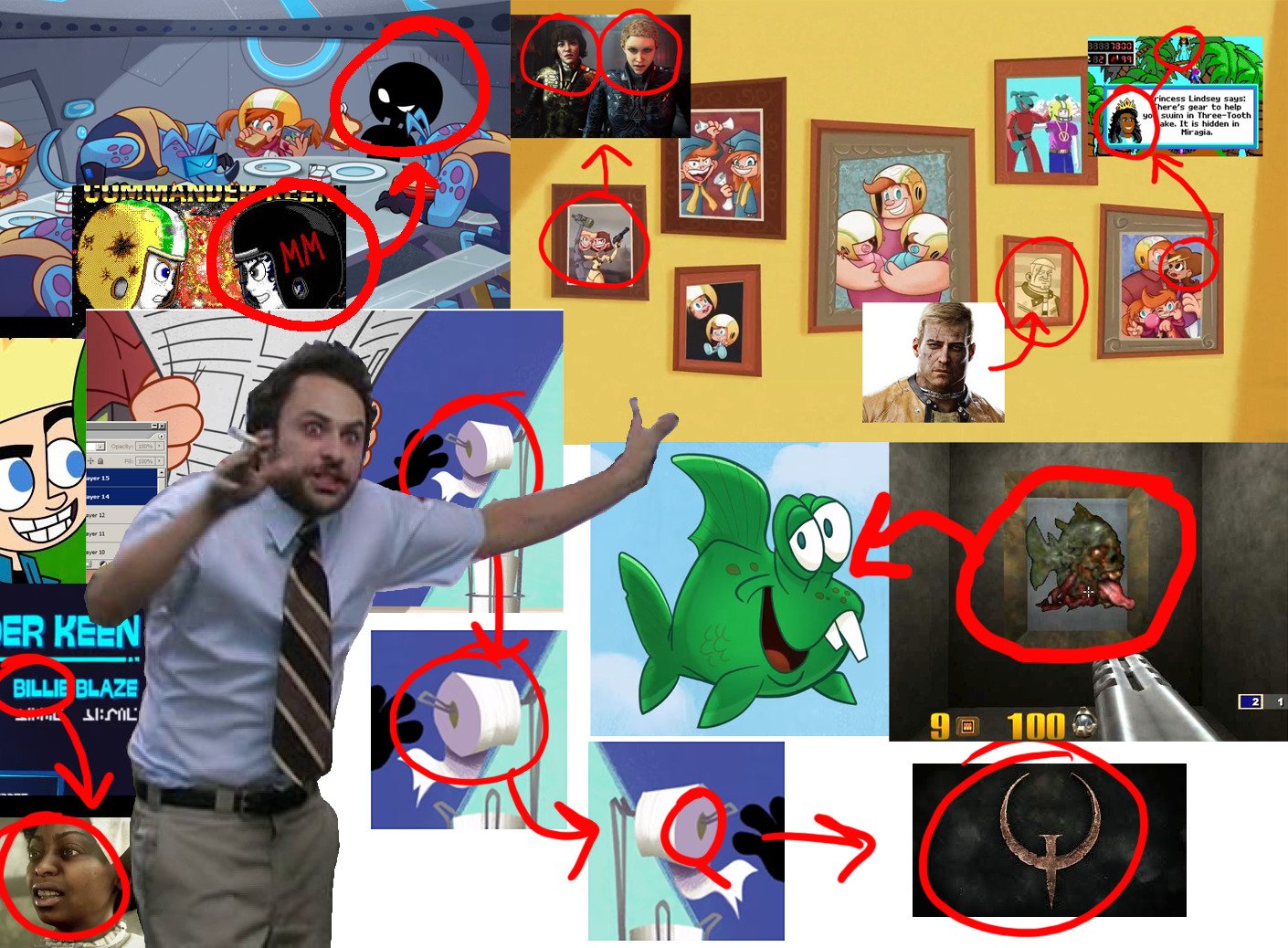 So Billy has married princess Lindsey?

Is it me, or does the trailer sounds more like a Genesis Does commercial rather than a Saturday morning cartoon? https://www.youtube.com/watch?v=35jGnZ-e3jc
More from me: Planet Cloudius IX | Jill 4 | Dave levels
Top

Interesting that the photos on the wall depict BJ Blazkowicz and his daughters as they appear in the new Wolfenstein games, implying that Keen now occupies the fascist hellscape in which the Nazis have achieved world domination. I think we can safely extrapolate that the Keen we know and love occupies the timeline in which BJ killed Hitler.
Top

aintnofuntime wrote: ↑
Mon Jun 10, 2019 22:19
Interesting that the photos on the wall depict BJ Blazkowicz and his daughters as they appear in the new Wolfenstein games, implying that Keen now occupies the fascist hellscape in which the Nazis have achieved world domination. I think we can safely extrapolate that the Keen we know and love occupies the timeline in which BJ killed Hitler.

I also had another thought- I really, REALLY hope this is not created using crunch. But, sadly, expect that it already is.

Headcanon: Living in a fascist hellscape would motivate Billie to build a portal to a universe in which things were better... Billy's universe.

Other headcanon: Billy's and Billie's IQ is 314 *combined*. 157 is a more realistic figure for an individual genius.
http://TooMuchSpareTime.org
Top