This is where you can post your Commander Keen related stories, artwork, or other stuff that is related to Commander Keen but otherwise doesn't belong in another forum.
Post Reply
17 posts

I was looking at our beloved modding list and noticed that K6 is by far the most abused game when it comes to modding (skin-mods not included). I thought to myself, it's about time to make Keen 6 great again. also Yuletide is around the corner, so there is no excuse...
With this being said:

I'm announcing the next level competition to create a collective level pack. But this time around I want you to focus on BUGs and GLTICHEs! yeah, that's right:

But Yuletide is my excuse.

Does Molly end the game? I reckon there's a patch for that.

Yes, I'm committed in doing a level, but I still don't like working with Abiathar. There are still some things that drive me off of when comes to working on a Keen Galaxy level. It's ok when it comes to make a Keen 1-3 level, but it's not intuitive for me to work with 4-6... So I'll pass. Sorry.
More from me: Planet Cloudius IX | Jill 4 | Dave levels
Top

I could do this, but my level would not be easy.
What you really need, not what you think you ought to want.
Top

Thanks for the patch. I'm looking forward for your leveldesign!!! you don't have to polish it at all. just draw a ruff sketch and I'll do the rest. I'll act as your cheap labour... premise: I need to get the core idea of your bug usage.
this should be fun!

who needs Abiathar? just use ASCII characters to represent tiles! Seriously: I don't care which Level-Editor you do prefer. I'm only eager to get a glimpse of your idea. start today and pick one of your favourites: TED5, Keen:Next, TPT3, TOM or write your own tool. btw, have you ever heard of GalaxerOne?

I hoped you would say something like that! and I'm pretty sure you'll reveal something yet unseen. Excitement!

if your are interested in this project but don't know the least about Galaxy modding, or if you are even too lazy to push the reply button, here is the deal: activate your imagination and contribute real quick a ruff idea of a=ß(/§&.§ü~. hand drawings are fine. written content in plain English will be accepted as well. it's modding time!

Eh
I don't want to go much off-topic, but now I'll have to say that of all the editors you mentioned, Abiathar is the superior editor for sure (Even kids know that). It's how it is dealing with layers that I mostly don't like. It makes me appreciating the simplicity and intuitivity of keengine even more.

Pardon me, but I need a deadline extension. March 15th would be nice.

whelp, this seems to end up being at max a mini mod of some sort. I know there aren't too many level designers around, so maybe I have to modify the request:

let's just swap ideas and discuss about features a favoured level could or should have! if we collect some ideas of how things could look like and so on, a little group of three people can transform them into something real.

OK look, I can made a level within a day or two by using keengine and convert it into a png. I only need some free time. Later, if you wish, you can try remaking it with Abiathar. Or even better: if Abiathar could import PNG's and convert them into levels? I'm not sure that's possible. But the problem is that this will require a lot of testing the design and I fear that most of the things I would make in KEENGINE would not work the way I think they will in Keen 6. Or I would like to make something and testing it first before making a level out of it. And if I'm not able to test all the things, it won't be the level I would aim for. And not to mention that there are also memory limitations (such as the number of pick-ups you can collect per level , zappers disappearing if they're too much etc.) which I'm really not a fan of. And lastly, the trick shorts I have in mind would work only with GOD mode anyways (and probably would not work at all) and would require countless attempts in order to make them anyway.

Here's my first idea for the testing grounds: You begin in the world map similarly as in Keen 6 and right at the beginning you will be able to choose between 3 ways. Each way will represent levels with different difficulty. For example, the left way would be with easy levels. These levels would require making regular jumps, pogo jumps and impossible pogo jumps. Also maybe door and switch puzzles. Medium levels (the central way) would require some skills by using the impossible pogo and impossible bullet riding. The hard levels would be the insanely designed levels which would require all the known glitches in order to proceed (including such as death, saving, loading for exiting, zapper bullets riding etc.). Also, I would suggest making a patch for an "ankh" pick-up that will give you invincibility for these levels.

The aim of each level would be to collect medals: bronze, silver and gold. Only one medal per level before exit. In easy levels you can find bronze medals, in medum - silver, and In hard - gold. Or, maybe all three medals per level, but depending on which way to make it. Passing a level and you advance further, but there also should be a patch for making these levels re-enter able, even if they are finished. So for example, if you took a bronze medal in one level, be able to play it again and aim for silver or gold medals.

Here are some medals:

1
And here's a one hour, medium difficulty level: 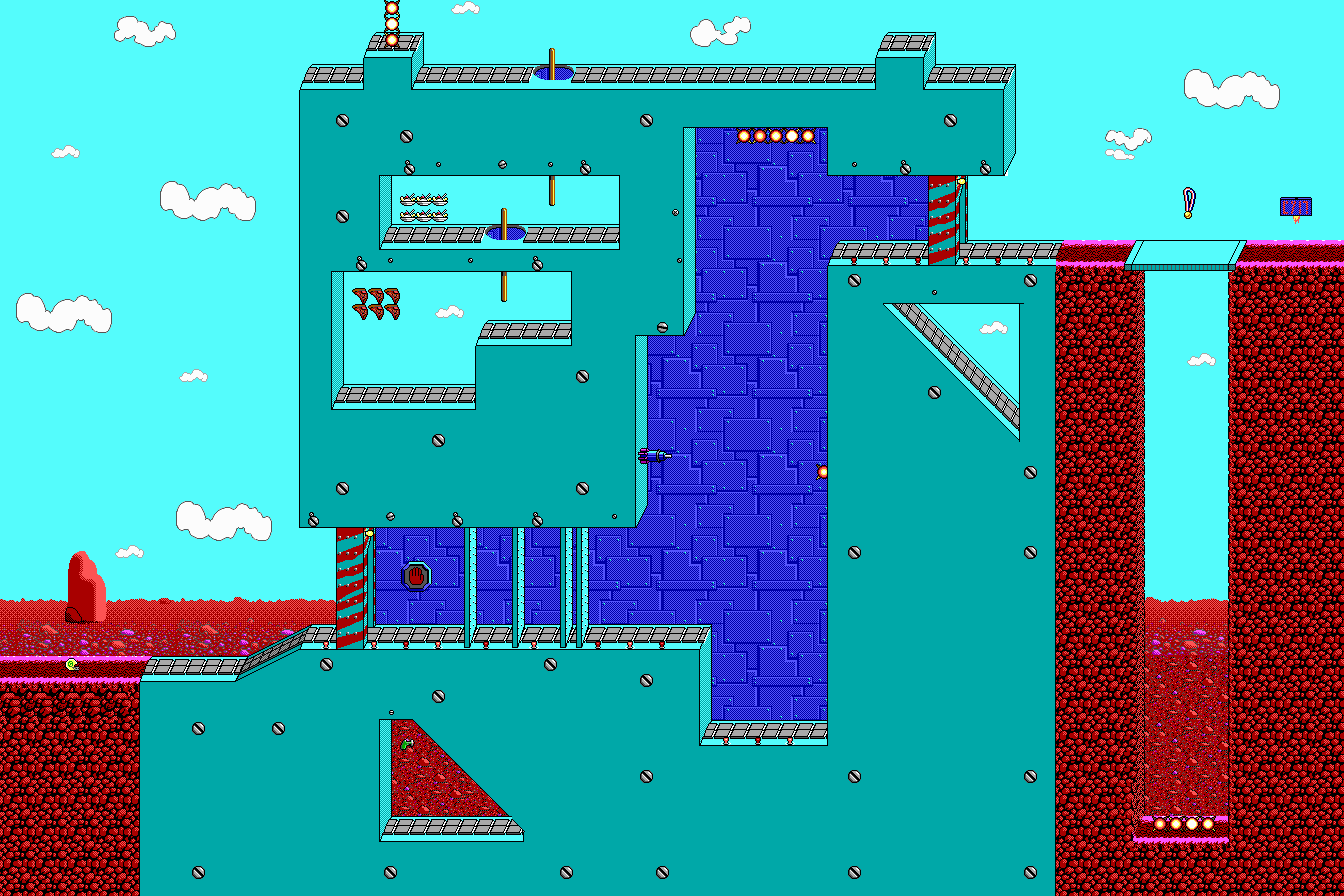 Agreed, I can build and extract a level file in about the same time, my idea relates to secret passages and how Keen can get into places he really shouldn't be able to using them. I'm just not sure what the hey this whole thing is doing right now. (Also it's christmas.)
What you really need, not what you think you ought to want.
Top

@Roobar:
A KEENGINE level blueprint is fine with me. More work for me, but it is at least something we can build a mod around, isn't it?! Abiathar is definitely not capable of doing such fancy converting steps and I assume it won't be anywhere near before long.
converting problems aside: if you could please record a playthrough of your level to give me an idea of what this is all about. this way I can make sure to stay true to your vision and at the same time make things work out the way they should. (your level looks already really interesting. I was wondering, how does one reach the secret area down below?)

thanks for your world map ideas. you are mentioning some good pints. but first things first. fresh level designs is what's needed badly. how to arrange things might depend on what is given...
that being said, why don't you also design one of your more simple difficulty levels?! the "ankh" patch is a good note though.

Let's go straight into the impossible: 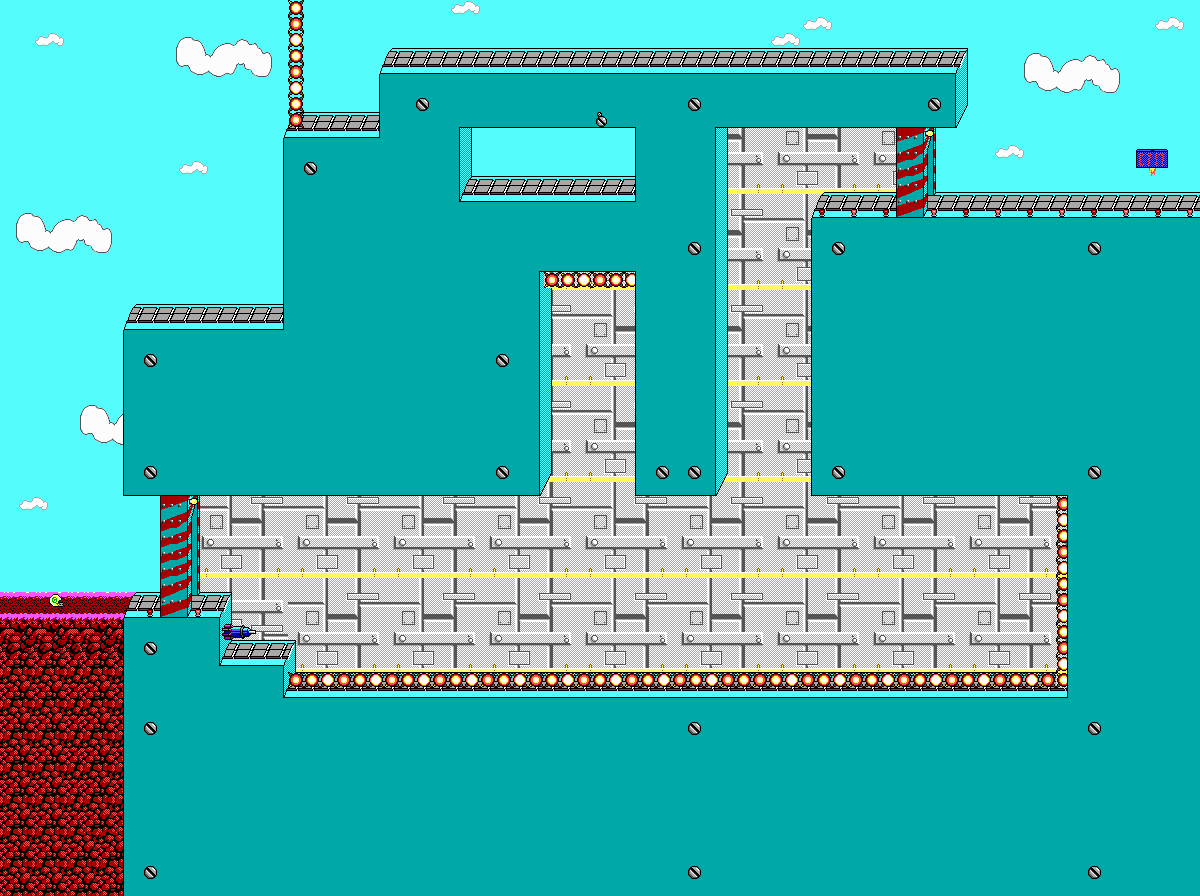 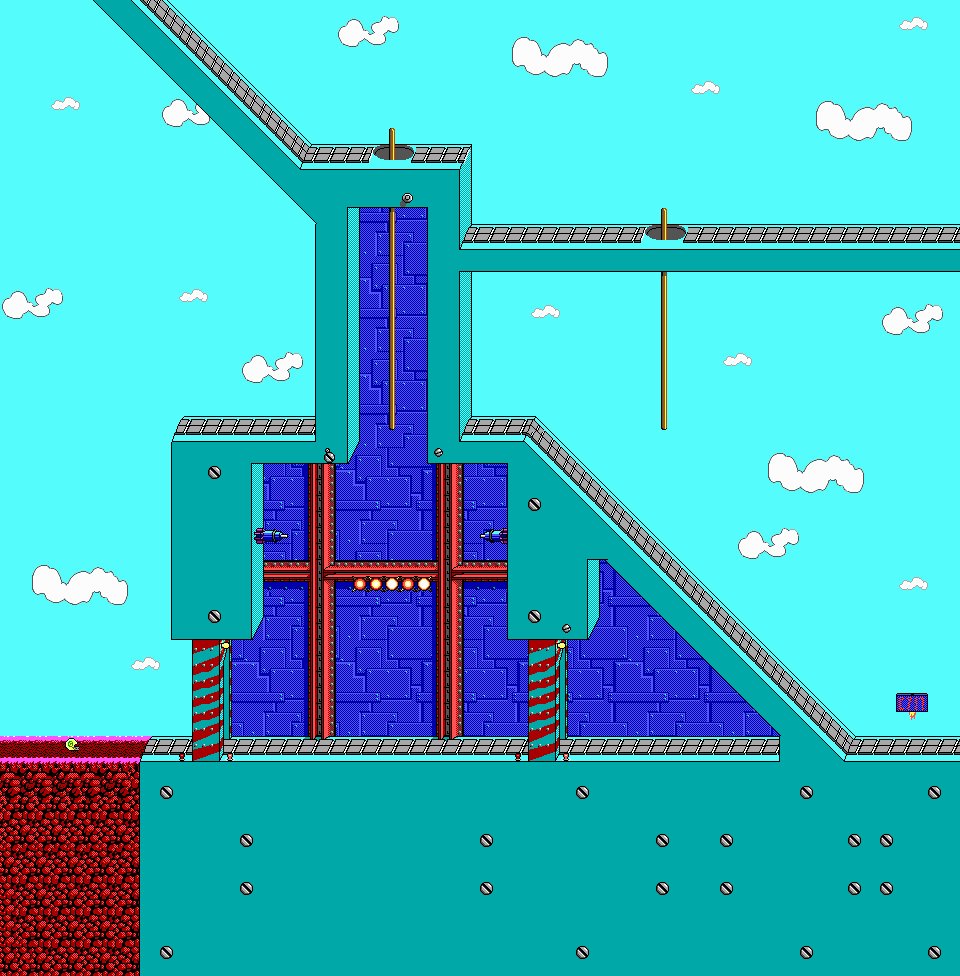 This probably won't be possible, since you won't be able to ride the zapper bullet in air. So far I'm able only to ride it on ground. 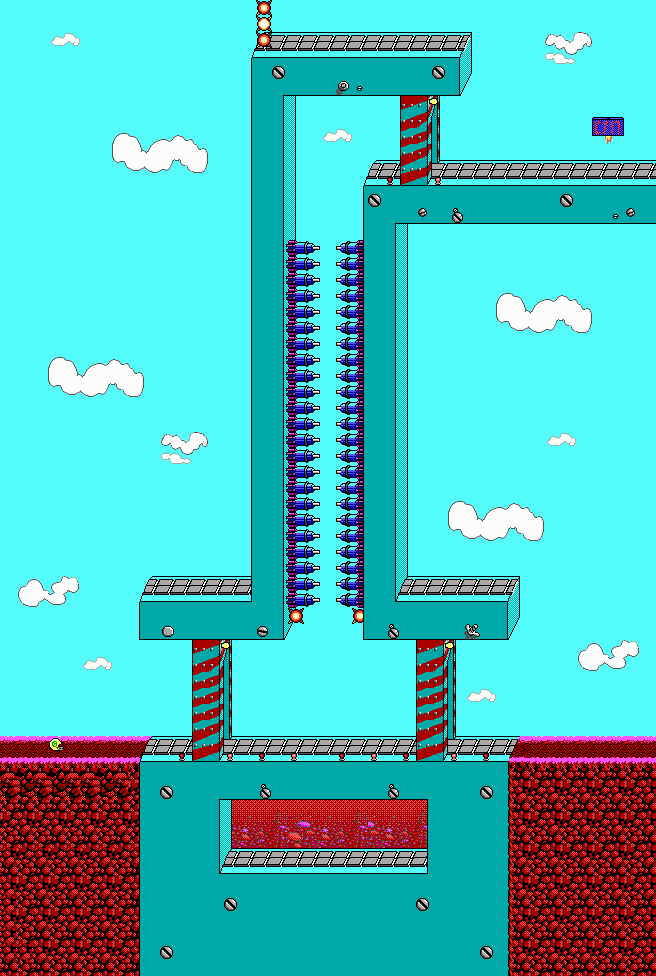 This... I don't even. But probably too much zappers for the engine to handle anyway.
More from me: Planet Cloudius IX | Jill 4 | Dave levels
Top

There as the fun bug i only come across in Szemigi's Keen-X-Bio Menace mod.
where you could climb up a wall of it's tiles was zig-zaging in the Bio Menace part of the mod.
I'm pretty sure it's present in Keen 5 & 6 as well. I would love to see this bug used to access a secret area ;p

The low amount of mods for Keen 6, could also be down to not everyone having Keen 6 to begin with...
since it's not legally available digitally, an issue you don't have with the rest and episode 1, 4 and Dream is freeware.
one of the Mods for Keen 6 is a Levelpack for "Keen 8"
How many of us actually own Keen 6 Physically...

We have the option to have our mods run in a web-browser, with the assets staying in the browsers cache
> Are you really downloading keen 6 or are you playing a Mod for Keen 6 in your web-browser
the issue sharing of the KEEN6.EXE.
but we are not sharing the .exe this way, unless we have an download option with the .exe still within it <.<;
The Difference Between a Mod and Fan art?, a Fan art is a Concept and a Mod is that Concept put into life.
Top

@Roobar: Great output! Your leves look very intriguing. Haven't had the chance to rebuild things in abiathar yet, but I'm looking forward to do so soon. I'm very much interested in testing your ideas. BTW, have you already playtested all of your level designs? Also tell me, is there a way of displaying a grid in Keengine? That would help a lot counting the number of tiles you've used in certain spots. So if you could, please share a gridded screenshot of your level design.

Well there's no grid. There's something like a grid, but only with collision tiles. Probably the best way would be to send you the levels themselves instead.
More from me: Planet Cloudius IX | Jill 4 | Dave levels
Top
Post Reply
17 posts