Here is where to post about the latest Commander Keen fangame or modification you've finished, a new website you've made, or another Keen-related creation.
Post Reply
130 posts

Basically: copy all the files from Keen 9 "Battle of the Brains" folder into the Kylie 9 folder and select "no" to overwrite all duplicate files.
The Difference Between a Mod and Fan art?, a Fan art is a Concept and a Mod is that Concept put into life.
Top

There were a thread about a new PCKF logo, so i made this. but i lost that thread somewhere in the tabs (or closed it by accident)...

Hey, that's a nifty logo. I like.
Writer. Translator. Player of games. Only bites when asked nicely.

How about Kylie as second Player? Here we go:

Seems like the Thread found the picture with some help from Nisaba ^.^ Maybe if VikingboyBilly can fix the dropbox-link to he's Marta for Galaxy preview
(or if someone have it, i though i saved it... but i can't seem to find it >.<)
and it should be possible for me to make a sprite for her, if VikingboyBilly is okay with it of course.
The Difference Between a Mod and Fan art?, a Fan art is a Concept and a Mod is that Concept put into life.
Top 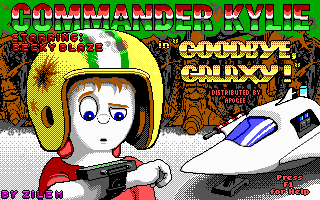 (A little something I've been working on over the last couple of Yule season)
The Difference Between a Mod and Fan art?, a Fan art is a Concept and a Mod is that Concept put into life.
Top

oh, I love it! so lovely!
thanks a whole lot for sharing.

Awesome! Do keep us posted on this, would be cool to see another BMenace mod come out!
Top