Well, here it is, only [glances at wristwatch] six months later than anticipated. Thanks a bunch to all the beta testers.

I have fixed most or all of the tile issues, and a few of the more difficult optional areas are more clearly marked as optional. I had no idea 'Atroxian Realm' also used the 'platforms trapped below a bridge' gimmick. Out of 'professional courtesy' I have replaced that gimmick with a different platform gimmick. (Note to self: get around to playing 'Atroxian Realm'.)

ProYorp & PandaKeen: The videos were extremely helpful and I am extremely grateful. For the record: in the last level, the door you never got to in the small grey room (which I have made easier to find) will take you to the switch at the top of the black room, which turns on the LCD displays above the doors, numbering them for easier navigation.

Who's in charge of making pages for new mods on the wiki? Can I do it myself? Also, is there a more permanent place I could host the file?
Top

Oh nice! I was thinking what has happened to this mod and why it was not released back then, but now that it's done, I'm gonna try it out! Any patch notes that goes more in-depth into what's fixed?
More from me: Planet Cloudius IX | Jill 4 | Dave levels
Top

I'll admit I haven't been logging my changes very carefully, but, off the top of my head:

MISC:
-Dragon appears to get stuck less often or not at all
-All known level name bugs = fixed
-BAT cheat bug = fixed

LEVEL DESIGN CHANGES:
-FERN TOWN: Previously, there were two treats occupying the same space (one on the foreground layer and one on the info layer). This has been fixed.
-BEAN-WITH-BACON MEGAROCKET: Look down for a helpful surprise!
-TWO LINE TEMPLE: Long corridors have been shortened because they were boring; incorrect background tiles hiding behind switched platform = fixed
-SCULPTURE GARDEN: you can no longer find the foot without finding the 'secret switch' first. (Did anyone find the secret switch in the beta?)
-AIR QUALITY PLANT: there is now a barrier to prevent the monster from getting stuck in the tube
-TIME TEMPLE: Yellow key area is marked as 'optional'
-BADLUCK CAVE: Dropping platform near start no longer drops forever; spike-covered hill (which I felt was too close to the level start) has been shifted over slightly; switches in one of the blue areas are now marked in the order that you need to hit them in
-MOUNT MEURGLYS: Impossible-to-get treats have been removed; tile set has been simplified to solve a memory issue
-CANDY ISLAND: First switch puzzle has been simplified; chocolate bars are more clearly identifiable as solid foreground objects; yellow door bug fixed; green door area redesigned slightly; the Planet Cloudius insignia you sent me is hiding in here somewhere.

-WITCH DOCTOR'S HUT: Big platform area has been completely redesigned; one room has been removed to solve a memory issue; first area has been redesigned slightly, to make it more obvious that you're supposed to interact with the witch doctor
-SEWAGE PLANT (UPSTAIRS): Area directly above entrance is marked as 'optional'; the dead drop near the end will no longer take you into the path of a robot; a few of the toxic drops have been removed because they were too hard for the player to anticipate
-SEWAGE PLANT (DOWNSTAIRS): Hidden pipe entrances/exits are more clearly marked; there is now only one security drone (in the hidden area)
-RICK'S HIDEOUT: There is now a 'bunker' you can hide in while you wait for the platform at the very end; glitchy poles have been fixed; you can no longer bypass the traps in the green area
Top

Well... this is also a community task. in recent years primarily Grandy02 and I took care about adding and updating mod information. But there are a whole lot more people involved. In theory you just have to request an account and one of the admins like me is going to activate it, so you can write your own texts.
(You can but you don't have to know how to structure things. tasks like this can be done by other members as well... Just make sure to read the KeenWiki:Guidelines carefully beforehand. An admin will mark the changes you've made as patrolled.)

And yes, I can take care about hosting your mod. I'm gonna upload it to the wiki servers as soon as you've made your revisions you mentioned above.

So cool to see this finally out. Been looking forward to it since the beta.
I've replayed a few of the levels so far. I'll probably write a more in-depth review when I fully finish it, but for now I’ll mention a few little bugs I’ve found.


At the end of the title sequence, the Kohntarkosz_ logo stays barely visible in the top-center. It disappears for a second after it goes into the top of the screen but then reappears. 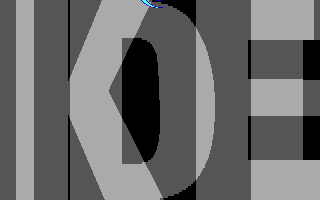 I’m sorry to report that there still remains a single pixel of cyan colour on the side of the switch graphic. 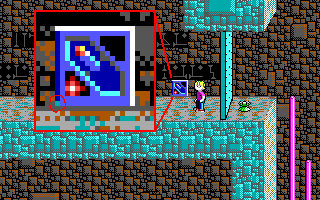 Interestingly, this is part of the off switch, while the long guideline that was removed was part of the on switch. This pixel was also present in the beta apparently, so I don't know if this was intended to be shading or something, and has just not been kept in the new altered off switch.
Additionally, there's a bit of light cyan along the bottom-right side of the on switch, which is just white on the off switch.


This is more of a nitpick, probably inconsequential, but the Latin alphabet under the key in the BWB level is a bit harsh compared to it's surroundings, being red (a very attention-grabbing colour) surrounded by black and gray. Feels like it's really trying to draw all the focus, when you'd probably be more interested in the new letters above it (which are comparatively very muted). I'm not sure if these letter tiles are used anywhere else, if so it's probably not worth making a new set just to be a different colour, if there's a reason they have to be red elsewhere. 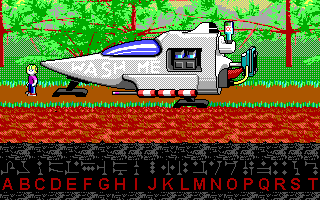 Kohntarkosz_ wrote: ↑Tue Nov 26, 2019 15:52 I had no idea 'Atroxian Realm' also used the 'platforms trapped below a bridge' gimmick. Out of 'professional courtesy' I have replaced that gimmick with a different platform gimmick. (Note to self: get around to playing 'Atroxian Realm'.)

AR used a lot of tricks that took advantage of preexisting behaviours in sprites and tile properties. I'd imagine there can only be so many unique combinations of such things, so I wouldn't think it's a big deal (additionally, I don't think AR went quite as in-depth with this particular technique as your level IIRC). But you know, if you want to make it more your own that's cool too. (Haven't seen the new version of the level yet BTW.)
"Friendly. Very friendly. Too friendly."

I was wondering:
How come you chose a cuneiform kind of style for the SGA characters? this seems to be a very interesting choice. out of curiosity, can you read Sumerian or Akkadian? I mean, you do know how to display even numeric values. so, where is this reference coming from?
and yeah, I think I'd subscribe to ProYorps view to give the Latin alphabet a more greyish colouring.

Wow! Honestly I had no idea about this project really (or if I once did, I forgot!). Gotta say this is fantastic, reflective of the massive amount of work that gets put into Galaxy mods. This has plenty of the humour we love in mods, great art and music, and incredibly good levels. There is a real keenishness about it - again the levels really have that authentic Keen touch, you just know where to look for things based on recollection of original Keen Galaxy. The sushi thing is utterly hilarious!!
Top

I've noticed that the exit position for this door in the Twisted Temple is one tile too high:

Also, the slope tile appearing in the foreground that proYorp showed before seems to have not been fixed yet:

Nisaba wrote: ↑Sun Dec 01, 2019 9:29
I was wondering:
How come you chose a cuneiform kind of style for the SGA characters? this seems to be a very interesting choice. out of curiosity, can you read Sumerian or Akkadian? I mean, you do know how to display even numeric values. so, where is this reference coming from?


Hey, you noticed the cuneiform! Neat!

The truth is I am a GIGANTIC alphabet and writing-system nerd -- ancient, modern, constructed, you name it -- and I just felt like having a little fun with SGA and seeing if it's as versatile as every other part of the game. I think it makes sense in-universe for most star systems (particularly isolated ones) to have their own SGA variants.

The SGA variant in *The Prisoner's Dilemma* is loosely based on the geometry of the Hebrew alphabet (although it's still read from left to right.) I have something analogous in mind for Episode 3, but the fact is I could probably do about twelve of these.
Top

hey there Kohntarkosz_,
are you still planing to update the wiki yourself? I had the impression, that you'd like to dive into this kinda community work as well, so I kept things blank for a while. it looks a bit empty around there...
if you won't that's perfectly fine. I'm happy to add those missing bits and pieces. just lemme know

ps: greetings to your wife who doesn't know you are a gamer.