A general chat area, here you can post anything that doesn't belong in another forum.
Post Reply
27 posts

Or at least the innards of one. 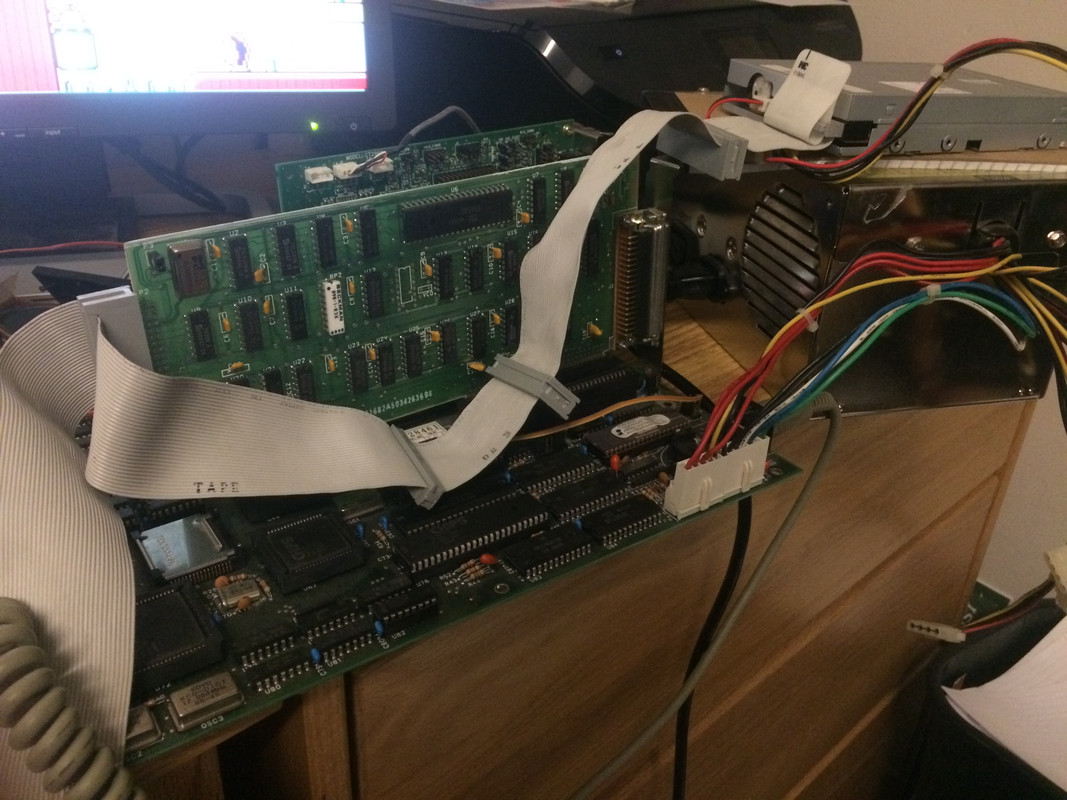 What do I do with it? Duh, of course: 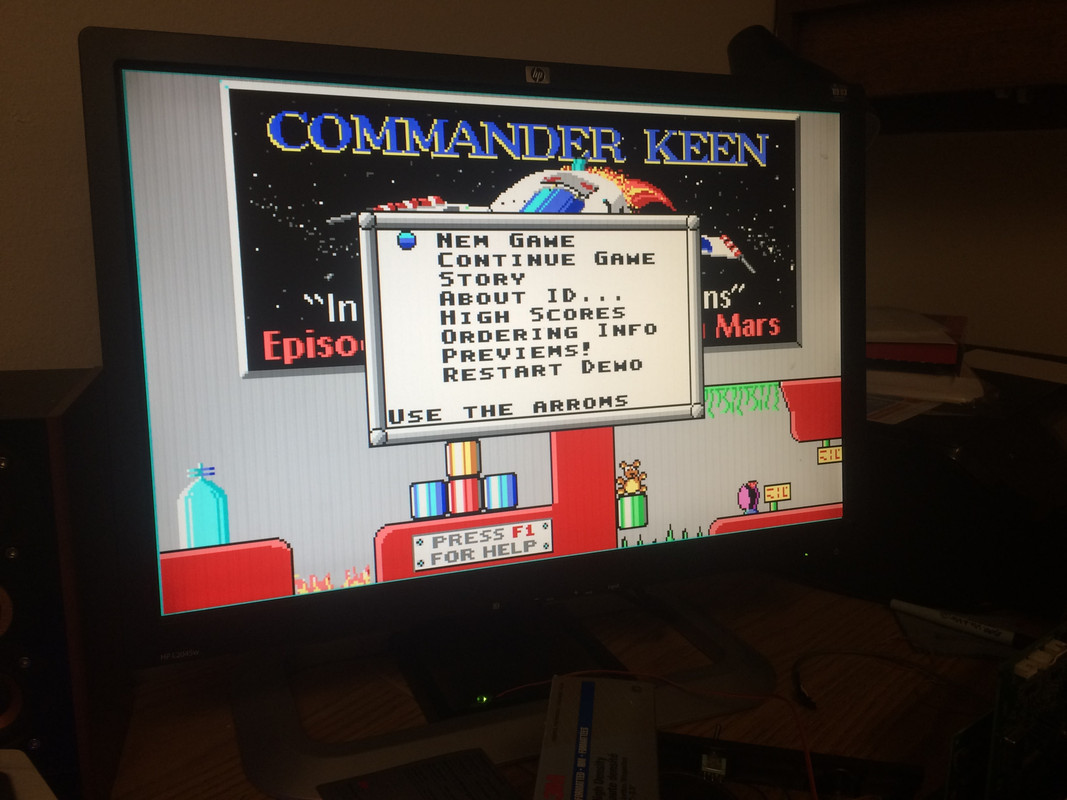 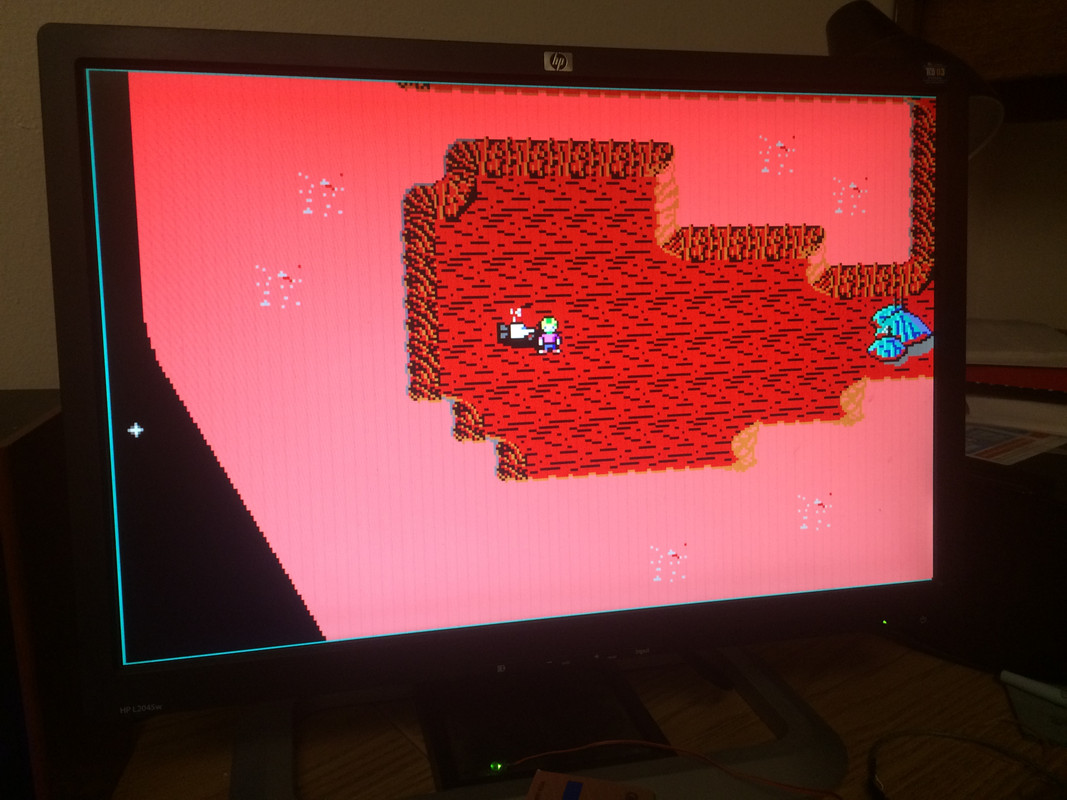 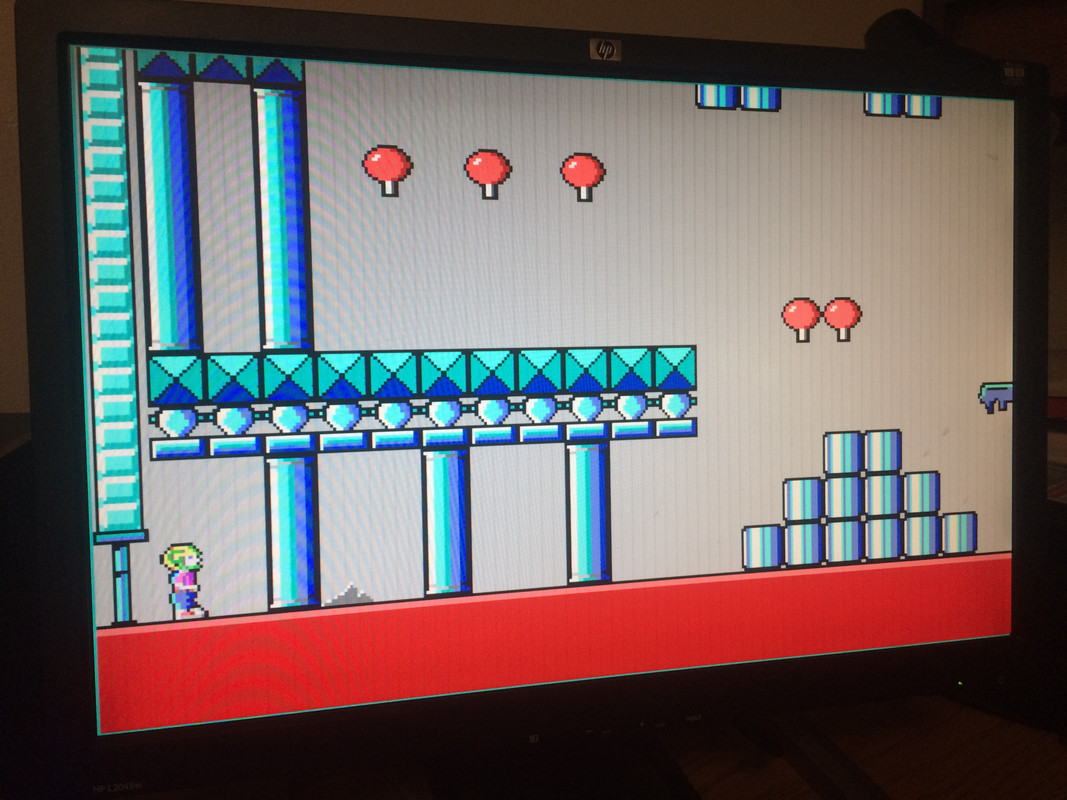 It actually works very well, loads pretty quick from the floppy disk and plays very smoothly. KEEN HOW IT WAS MEANT TO BE

EDIT: I'm also using a vintage mechanical keyboard with it and it's a joy to use

What happened to the case though?
Top

It was at a recycle center, and I didn't have the resources to take the whole case. All I had was my backpack and it's a 30 minute walk back to campus.

So I just gutted it.

The case was very gross though, ugly and very strange... had been modified in some way with weird unknown switches in the front, with hot glue and badly drilled holes

So I didn't want it

EDIT: I want to make a new case for it!!! Any ideas people? I've thought of acrylic.
I flermmed the plootash just like you asked.
Very silly indeed: https://audaxeundum.wordpress.com/
Top

Hmmm, what about a case that looks like the Kant book in Keen1? (Or some other keen thing?)
Top

Damn, I want one too. Looks cool! Congratulations.

Yeah, that Kant book is a pretty good idea. I second that.

What I find interesting in cases like this, had someone maybe been using that computer for something all this time? Like, maybe using some ancient version of Excel in DOS and doing budget spreadsheets for a small business in that. And one day recently just needing something more and thinking "I guess I got to upgrade to Win 3.1 or whatever's the new one".
My newest mod - Commander Keen: Sunset: viewtopic.php?t=8568 | codename H.Y.E.N.A.
Top

This is excellent. Very nice find.


The only 286 I appear to have is an Amstrad which will also need to come inside to the Super Important Things cupboard soon. Its BIOS had an inbuilt battery that needs to be carefully replaced using a dremel and then soldering in a CR2032 holder.

I have what I thought was a 286 motherboard stashed in the collection cupboard. But upon closer inspection just now it is actually a 386sx. Got it working a few years ago, but had some trouble getting it working with a hard drive. Since removed the barrel battery when it started to leak. Don't think the corrosion is too bad there. My original 386DX 40MHz motherboard is still in there as well, but it has a bit more battery corrosion that may need to be fixed at some point.

Got two more 386es in their original cases, one of which will need some tracks replaced with copper wire eventually (again due to battery splosion), and the other needs a bunch of dust and debris cleaned out but looks otherwise in good condition.


Oh, and this was a fun thing that happened at Flashback demoparty 2013 in Sydney:

We found the original boot disks online, but to write them to floppies we had to get it to my Thinkpad via a CD that we miraculously acquired from a dusty old spindle at a dank corner store close to midnight on a long weekend a few doors down from the hotel. Its first mission was to run the CGA version of Keen 4 (vaguely pictured in that second shot, but there's a better photo somewhere). Its second mission was to run our annoying QBasic demo at the party (there's also video of that somewhere).
INFORMATION SUPER JIMAGE - Commander Keen Mods on Facebook
Top

Hmm, the Kant book is an interesting idea. I'm having trouble visualizing exactly what it would look like though....

KeenRush: Yeah, I dunno about that! It's kind of funny to think it just now made its way to the recycle center.


Commander Spleen wrote: ↑Fri Apr 07, 2017 9:31Its BIOS had an inbuilt battery that needs to be carefully replaced using a dremel and then soldering in a CR2032 holder.

I had to do this once. I feel your pain.

Wow, those pictures are pretty cool! Which one is you in the first one?

I'm having to write my floppies with a USB floppy drive and a Windows 7 virtual machine, which works about 10% of the time cause I'm having to format them as 720K and it doesn't like that at all. It does work, just intermittently

Also, this is the new 1000th thread in Miscellaneous.
You're welcome.
I flermmed the plootash just like you asked.
Very silly indeed: https://audaxeundum.wordpress.com/
Top

*makes grabby hands at it*

Congratulations on that find. Every time I see or read about a 286 it brings back childhood memories of playing games on the 386 and 286 we had back in the early 90s. And every time I think about it, I regret throwing those machines in the trash.

That's probably why I haven't trashed any of the PCs I had since then.

I also have the complete guts of an IBM XT (not my fault this time, they were in a box

), and I've confirmed it works, but I have to fix up my keyboard for XT operation before I can actually use it.

Also this is an 8 MHz 286 I have.
I flermmed the plootash just like you asked.
Very silly indeed: https://audaxeundum.wordpress.com/
Top

Commander Spleen wrote: ↑Fri Apr 07, 2017 9:31Its BIOS had an inbuilt battery that needs to be carefully replaced using a dremel and then soldering in a CR2032 holder.

I had to do this once. I feel your pain.

I need to do that, too. There are old shareware games on our old 286 that I've never seen anywhere on any site.
Lost forever noooooooo

I'm the one on the right holding up the machine. The other guy is cTrix.


keenmaster486 wrote:I also have the complete guts of an IBM XT

As it happens I also recovered an XT last year. Never had any experience with those and don't really have a practical use for it at the moment. No telling when I'll get around to fixing these up again as I'll be travelling for a few months soon, but at least they're now all in a safe place for future restoration.


troublesomekeen wrote:There are old shareware games on our old 286 that I've never seen anywhere on any site.

That would be pretty cool to recover. Do you remember what they're called? I assume they're on a hard drive, so maybe you can use another computer to backup its contents and recover the games.

The worst part about my original 386's hard drive crashing was losing all the cool stuff I'd written and created as a kid. Same thing kept happening with my other computers until around 2005 when I finally got a decent backup system happening.

The stupidest thing I've done in recent history was accidentally-on-purpose throw away a 486 motherboard with i486DX2 CPU, in a box with a bunch of newer boards that I regretfully decided needed to be discarded. I'd tested it a long while ago but couldn't get it to detect a hard drive via any controller boards I had (no onboard IDE), but couldn't confirm whether it was actually a problem with the motherboard. Oh whelp, gone nao.
INFORMATION SUPER JIMAGE - Commander Keen Mods on Facebook
Top

On topic, that is such a sweet find. It works that well and someone just left it at a recycling center? There is definitely truth to the saying "one man's trash is another man's treasure." Good thing you got it before it was scrapped or whatever they do to computers.

Spleen, you have an IBM ThinkPad? That was the second computer I ever owned! If I remember correctly, my dad got an old dead one cheap and brought it back to life, used it himself a few years and then gave it to me. I think I was like 5.
Even though it was a hand-me-down (try doing that with a Microsoft Surface) I don't think it had any problems running aside from crashing sometimes, but I think that was mostly due to Windows. I have distinct memories of playing Keen on it.
"Friendly. Very friendly. Too friendly."

Apparently it was only an SX. I can live with having thrown that out.

The Thinkpad is pretty neat. Claimed it from a stash of retro gear that was donated to the local Makerspace we tried to run a few years ago. Such a nice keyboard, very comfortable for coding. It is mostly used for QuickBASIC, Klik & Play, AdLib Tracker II and various ironic antics at demo parties.

This is what was required to format the floppies for that Amstrad:

Also, I found the photo of it running Keen: