A general chat area, here you can post anything that doesn't belong in another forum.
Post Reply
5 posts • Page 1 of 1

There's an artificial intelligence called "transformer" that guesses what you will say next when you type in a prompt.

Here's an example I've made. My text in bold, AI in normal text. 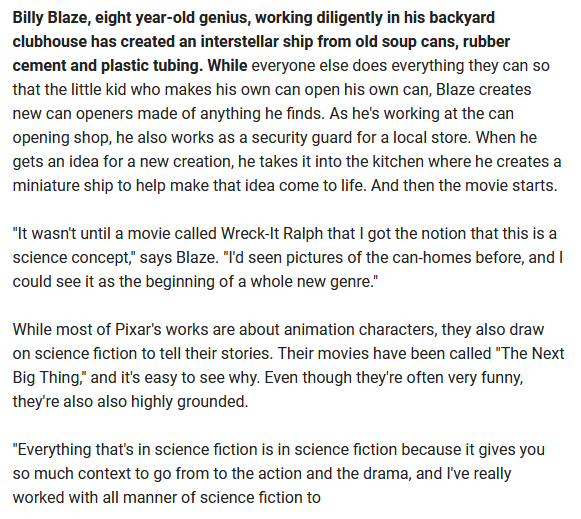 Here's a link if you want to make some too.
My toast ain't poppin'. I put in there ages ago.
Top 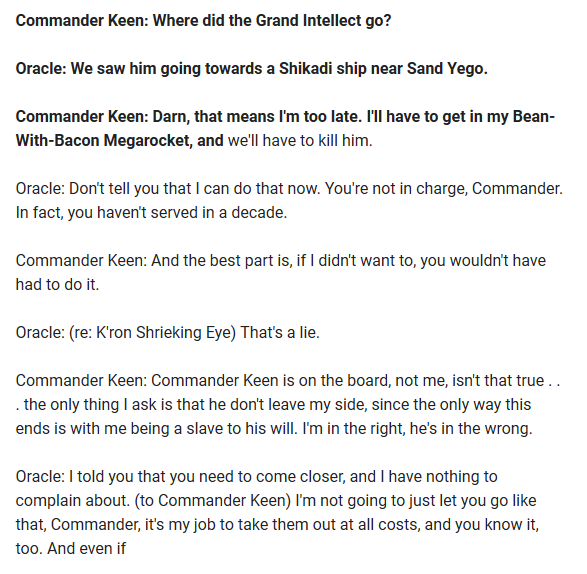 My toast ain't poppin'. I put in there ages ago.
Top

I fed it the opening lines of Moby-Dick. Here's the result. (Bold is from the book.)


Call me Ishmael. Some years ago—never mind how long precisely—having little or no money in my purse, and nothing particular to interest me on shore, I thought I would sail about a little and see the watery part of the world. It is a way I have of driving off the spleen, and regulating the circulation. Whenever I find myself growing grim about the mouth; whenever it is a damp, drizzly November in my soul; whenever I find myself involuntarily pausing before coffin warehouses, and bringing up the rear of every funeral I meet; and especially whenever my hypos get such an upper hand of me, that it requires a strong moral principle to prevent me from deliberately stepping into the street, and methodically knocking people's hats off—then, I account it high time to come a-jumping, and let them tell me what kind of hell is I in. The first thing which comes to mind to me is this, that the universe, while making all the things that are there and are visible to the eye, yet furnishes all things without, and so requires the existence of another. I could go all over the planet and be satisfied, but then I would be wasting my life, and must be careful, for I can hardly keep a good ship for any considerable duration, if a great quantity of my time is spent in keeping myself fit,

Commander Keen narrowly rolls onto the safety of a platform after opening the bridge above! Mortimer McMire manages to grab a hold of the ledge as well!

With the station's four energy cores destroyed, a violent chain reaction ensues as the base begins to self-destruct!

Keen stands triumphantly over the ledge. The wormholes Mortimer had intended to use to destroy the universe become unstable and begin opening at random intervals. Having destroyed the station before Mortimer could detonate the sun, the wormholes are harmless!

The station itself is the centre of gravity of the wormhole and is the only area of the system that remains under control. The reactor core is slowly dying, but the control room has managed to maintain power!

Keen glances over his shoulder as Mortimer takes one last, desperate action. His face falls and his expression turns to one of pure, unadulterated rage with one final angry, angry glare!

Mortimer is quickly defeated by a barrage of energy charges, and the reactor explodes, releasing a giant black hole containing the black hole in which Mortimer stood!

Mortimer's escape pod has vanished, along with his personal data. This was only the beginning.