Anyone here use it? The majority of my PC game library is on Steam, and I've activated a lot of my non-Steam purchased titles on Steam.

In case you've been living under a rock:
http://store.steampowered.com

Yeah, I'm a big fan of Steam, though I don't as many games as you!
Cerebral Cortex 314 - For All of your Commander Keen Needs.
Eat at Joe's
Top

Never used it because I dislike having to install a program to buy games, but I may eventually relent because it's requiured for a fair few games I am fairly interested in playing. Maybe I should find my copy of the Orange Box and give it another try.

Though very opposed to it at first, and very skeptical, I've really learned to love Steam. And I think the idea that games are linked to your account is actually genius. As opposed to some digital music services that restrict how many computers you can play a song on. So if I can log into steam (and its installed), I can play any game from my library (considering that the game is already installed and the computer can handle it).

They also have really great deals, for instance, during their summer sale, I got Batman Arkham Asylum for $7.50, which at the time was $30. If anyone uses Steam, they should definitely check by around summer or Christmas time, because not only do they have good price slashing, but they give out free stuff if you participate in some of their activities (mostly getting achievements and setting up some of steam's features, like the wishlist). They also have achievements on games that I normally wouldn't have had achievements for (like Mount&Blade Warband), giving you a little more replay value.

In general, I dislike buying a game digitally...because I really like having a hard copy of it. But there are alot of games on there that I wouldn't have had otherwise if I did not get Steam. Plus, with more and more companies going digital, its great that we have something like Steam, where if I happen to reinstall my system, I won't lose all of my games.
Top

Yay for steam, I always wanted drm with my old games I was able to play freely before steam. Also it's pretty cool they're selling stuff they didn't make and that should've seen an abandonware release, and ultimately killing the slightest chance that Keen would be released as freeware someday.

Commander Keen is the only game I bought on Steam, and I'm satisfied with that.

By the way, my screen-name is lava89 if anyone wants to befriend me.

I agree with Tulip, but because it's here and we have to put up with it, I agree with Lava89.

I still don't have steam, but I can appreciate the appeal and I like the business model; you own the game where ever you are, not where the computer you installed it on is.
Keening_Product was defeated before the game.

tulip wrote:Yay for steam, I always wanted drm with my old games I was able to play freely before steam. Also it's pretty cool they're selling stuff they didn't make and that should've seen an abandonware release, and ultimately killing the slightest chance that Keen would be released as freeware someday.

The only thing Steam's DRM does is prevents you from selling a copy of the game by linking it to your account. This allows you to download your game anywhere at any time and receive all kinds of other support or community services for it.

Any additional DRM is that game dev/publisher's.

As far as the abandonware goes, those publishers and developers try and sell these games regardless of Steam. Steam just gives these games an avenue to be sold to the masses again, and actually (probably not in the case of Keen unfortunately) through being released into a market where people can see it may give the dev initiative to continue the game. (See LSL, DF's new game...)

Freeware Keen off the market would kill it unlike cheap Keen in the mainstream market.

Check out this FREE game on Steam:

You Have to Win the Game 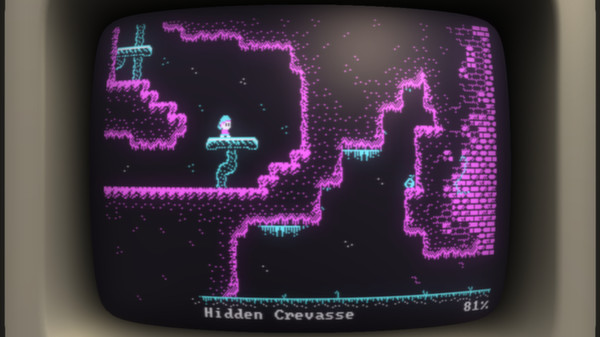 It's a retro platformer. Honestly, this is one of the most amazing games I've played recently. As simple it looks, it's really addictive. It's kinda throwback to the days of Monument of Mars, Pharaoh's Tomb, Dangerous Dave, Metroid, Goody, Livingstone Supongo and the likes.
Top

That's the best use of the CGA palette I've ever seen.

Did someone say Monuments of Mars? I must check this out...
Billions of blue blistering barnacles in a thousand thundering typhoons!
Top

In case of doubts, there is a reason for that appearance of what may look like a CRT monitor in the screenshot!

There is also a commercial sequel for the game available on Steam: http://www.superwinthegame.com/
Website: https://ny.duke4.net/
Top
Post Reply
25 posts