Keen Dreams I was just referring to an old version, not really a "beta" with missing things per se. I called it that because it did have some things removed, such as referencing the defunct sequel "Meets the Meats" and there are a couple other changes too, IIRC.

Thankyou, it's nice to see a reply like this instead of "Where's the links" or "I knew this already".

I figure there are a lot of old-school Apogee fans here, some actively involved in the community, some like me who lurk and don't know about all that is out there.

I feel with all the dev in Apogee games that we need a centralised place to find info about the betas, demos and fanpacks. If I was younger and didn't already have a fandom website in a different community I would begin one, but that's not an option. This I can do

I am a longtime Apogee fan as well, so I am very excited to have access to any "bonus content" that can be squeezed from that wonderful era of games.

Yeah, exactly. I'm a little frustrated about Apogee's closed-door policy since the 3DRealms era, so a lot of stuff is in storage or deleted. We will never see some things that would amaze us. But what's out there I want all to have access to.


The Hocus Pocus beta in particular is of major interest to me. It really displays the bridge between Clyde's Revenge 2 and Hocus Pocus in its final form. Something I'm particularly excited about is the fact that now we have the soundtrack in IMF format.

Yeah, and it's different! Many tracks have additional melodies that were "scaled back" for the final releases. I may or may not be working on something about that for a soundtrack release

Some other tidbit about Hocus.. there was originally going to be a in-level savepoint feature, it's still in the final registered game resources. Also a 'hide' potion that made you invulnerable (and invisible) for 15 seconds.


Always happy to see posts like these.
Typically, information on these games is sparse, and people who have played them are few and far between.


Hope to see more posts from you in the future... Enjoy your stay!

Yeah, i've been on PCKF for years, last time I was reg'd was on the Yuku board a while back (probably 5 years, lol).

I would just love to see more people exploring resources, working on getting old games and materials from the devs, making level editors, fangames, levelpacks.. I'm amazed at all the fangames that go bust when levelpacks/fan edits of games are just as good if not better (see Keen 7-9).

Anyway, thanks very much. I'm in an Apogee frame of mind lately, so trying to be of benefit to the community before I go back to my usual gaming world, Sierra.

What bothers me about the Hocus Pocus beta is that they dumbed down the levels for the final release, probably because they were considered "too challenging" during testing.

Mike Voss is an excellent level designer, for 2d platform games. I'd rank him up there with the best in terms of puzzles and designs.

That beta, though... I had to restart levels! I think in my history of playing the standard release of Hocus Pocus I've only died maybe once or twice.

In the beta version, though, there are previews for the upcoming levels that look WAY different from their actual levels. Does anyone know if a "complete" beta version exists? That would be incredible.
Top

I never realised the beta and final release were different! I'm going to go hunting, I'll let you know if I find anything.
Keening_Product was defeated before the game.

There's a beta version?
What you really need, not what you think you ought to want.
Top

Re: List of Apogee betas and mods (please contribute)

Just adding Major Stryker Beta to this topic. And I got a feeling more betas are coming out.
More from me: Planet Cloudius IX | Jill 4 | Dave levels
Top

Re: List of Apogee betas and mods (please contribute)

An interesting thing I found is these screens, which were removed in the final game: 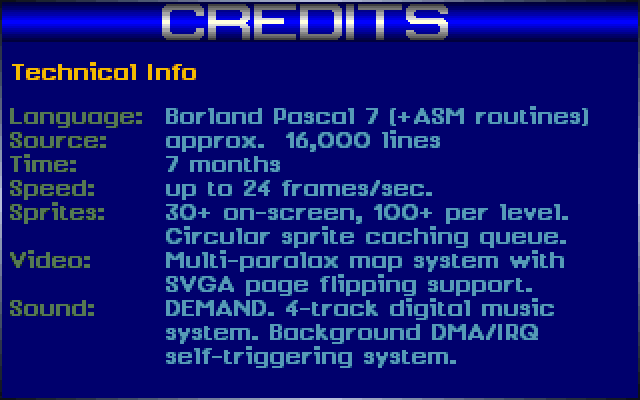 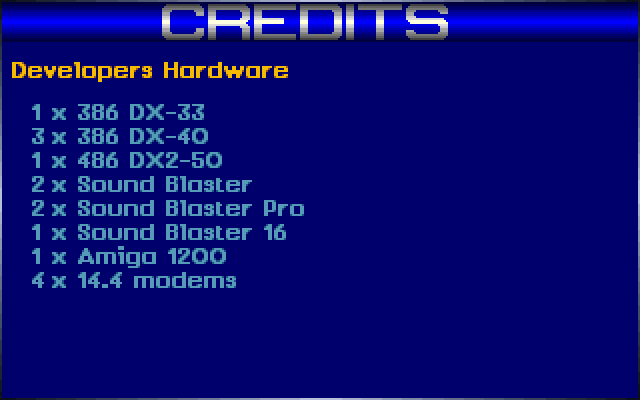