Just some feedback & thoughts from one user

Just some feedback & thoughts from one user

by Gagster
I've played through both Keen 4 & 5 via CGenius this month, and while doing so I've been thinking about quality of life features that maybe could enhance the gameplay according to modern standards (in my personal opinion).

I viewed one video from a guy reviewing the Commander Keen Galaxy Series on YouTube, Pixelmusement (link https://www.youtube.com/watch?v=BaWMgbWut9w), and he did in my opinion have a few good points regarding the games difficulty. He thought the games might have played better if you could have 3 lifebars instead on 1 hit death because of the games difficulty level (I'm not sure about that one), but could a checkpoint like system be made, where the game sets a checkpoint each time you open a door with a key?

In that way once you lose a life, you could be prompted "resume by last checkpoint" or something like that beside the options to "try again" and "exit level". A feature such as this could be toggle-able in the options menu (if some people prefer old-school Keen and would like this to be disabled).

It would be nice to also have a toggle-able hardcore mode, where you can only save your game on the overworld map. Having a hardcore mode option combined with a checkpoint mode option could in my opinion make it a new experience, where you can no longer cheese the save/load buttons to complete a game in a set difficulty level. Maybe have a hardcore option when you start a game, and when a new game is started in hardcore mode, in that particular game there's no possibility to use cheats or save inside levels?

CGenius also has a run button for the game that wasn't present in the original games. Like various source ports of Doom, some of them have a jump button you can activate in the options/gameplay menu (jump in Doom makes some levels very easy), so my question is if the run button should have a section to enable/disable it in the options menu in CGenius?

by gerstrong
He has a good point and it also was a consequence of implementing the quick save functionality. I wanted to add that for a long time anyways.

The run button can be set to any other button if you don't want to use. You think it should an option to disable it?

I still am not sure if we already have options already. On the other hand doom ports have many more options...

We also could have some more options become part of mods using some Lua, maybe.

by Gagster
I have now disabled the run button by editing the cgenius.cfg file and deleted the value of the input0 run button (afterwards it defaulted to Left Shift).

One suggestion could be to have a new section under Configure named Gameplay, with settings there that makes CGenius differentiate from the vanilla experience gameplay wise (idea taken directly from the multiplayer Doom port Zandronum, which is very heavy in terms of customization).

Maybe have a Checkpoint mode option under Gameplay also, which creates checkpoints every-time you open a door with a key, which is off by default. Once you die you could be prompted by a message which tells you "restart from last checkpoint" next to "try again" and "exit level". If you haven't yet reached a checkpoint after you die, then make "restart from last checkpoint" behave just the same as the "try again" option by restarting at the beginning of the level.

I love the inclusion of Trophies, which makes the Commander Keen series feel a bit more modern. It would be cool to have some kind of way to view the current Trophies you got for your current game somehow (maybe a Trophies menu section of the main menu that appears once a game is started or loaded).

by gerstrong
The Trophies system is an unfinished idea of a person who wished that and gave some nice graphics for that.

Having a list of those displayed would be nice, but I have no idea how to display them yet. Maybe you want to come with an idea aka mockup. I mean some graphics in how this should look like and how you think it should be triggered (Within the game at press of a button or only if you get a game over, etc.?).

Let me know your thoughts.

EDIT: About the other ideas, we should collect them and may pass by pieces as Gitlab issues.

by Gagster
Regarding Throphies and the way that they could be displayed, I'm personally used with the minimalist approach of the Steam Achievments; not too fancy in other words.

The way I imagined that they could be display that would fit the Galaxy Engine games art style and behavior in my opinion, is to have a section on the main menu called Trophies right between Save and Configure (not anywhere near the End Game button in case of ending the game because of missing the right button).

Like the End Game button that appears after you start or load an actual game, the Trophies section appears after doing so also (it's hidden before starting a game).

Here's some of my mockups: 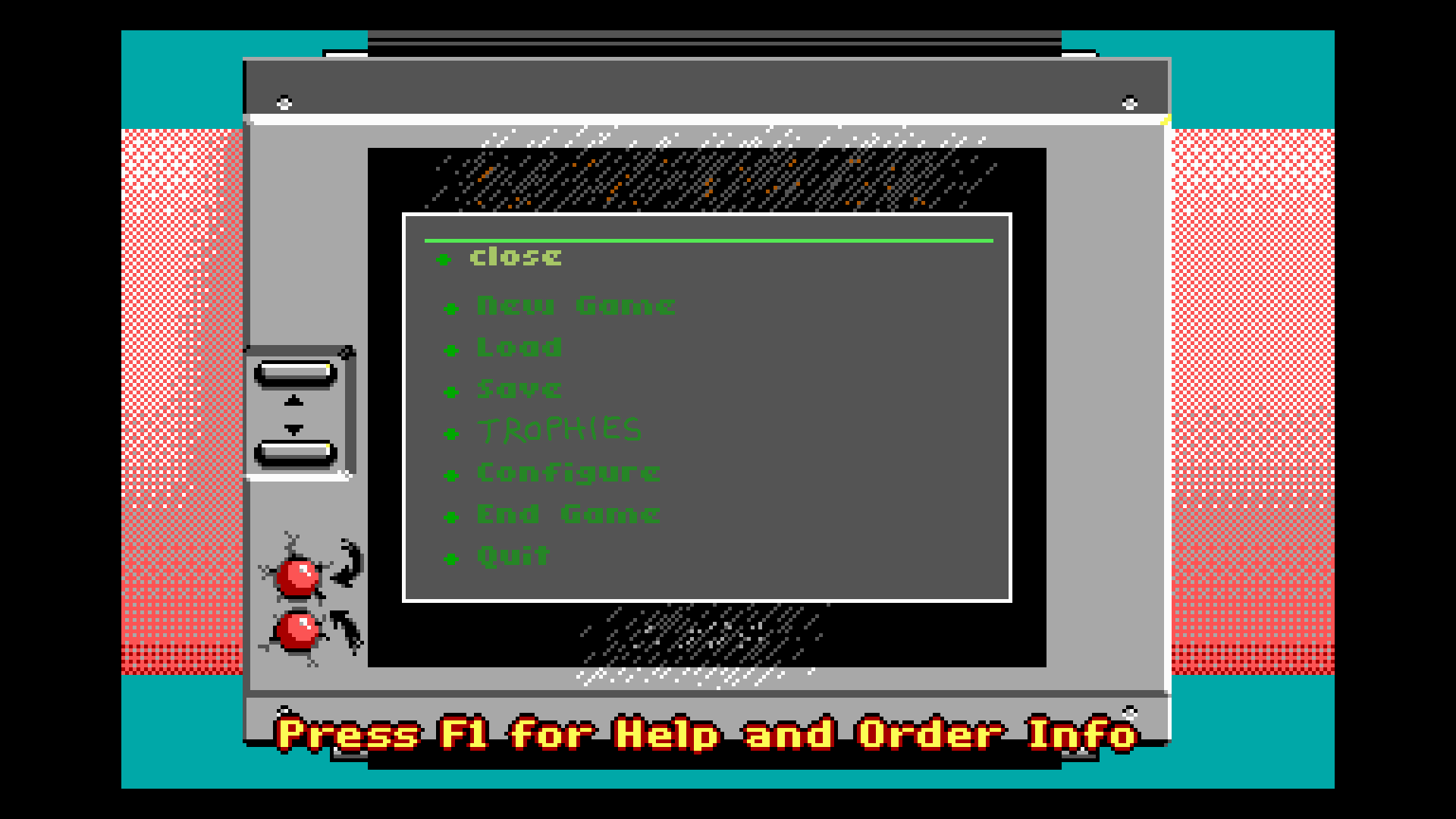 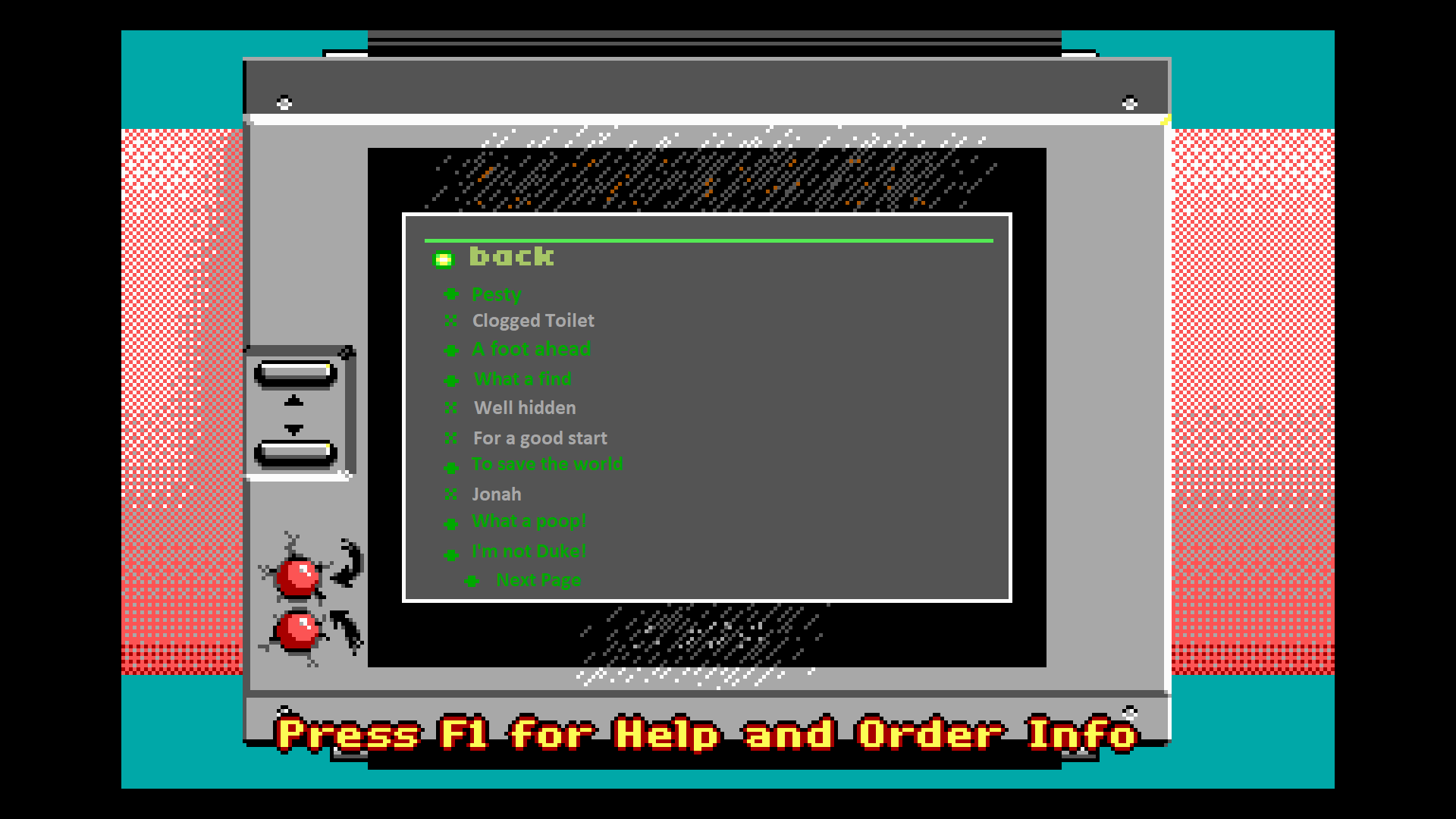 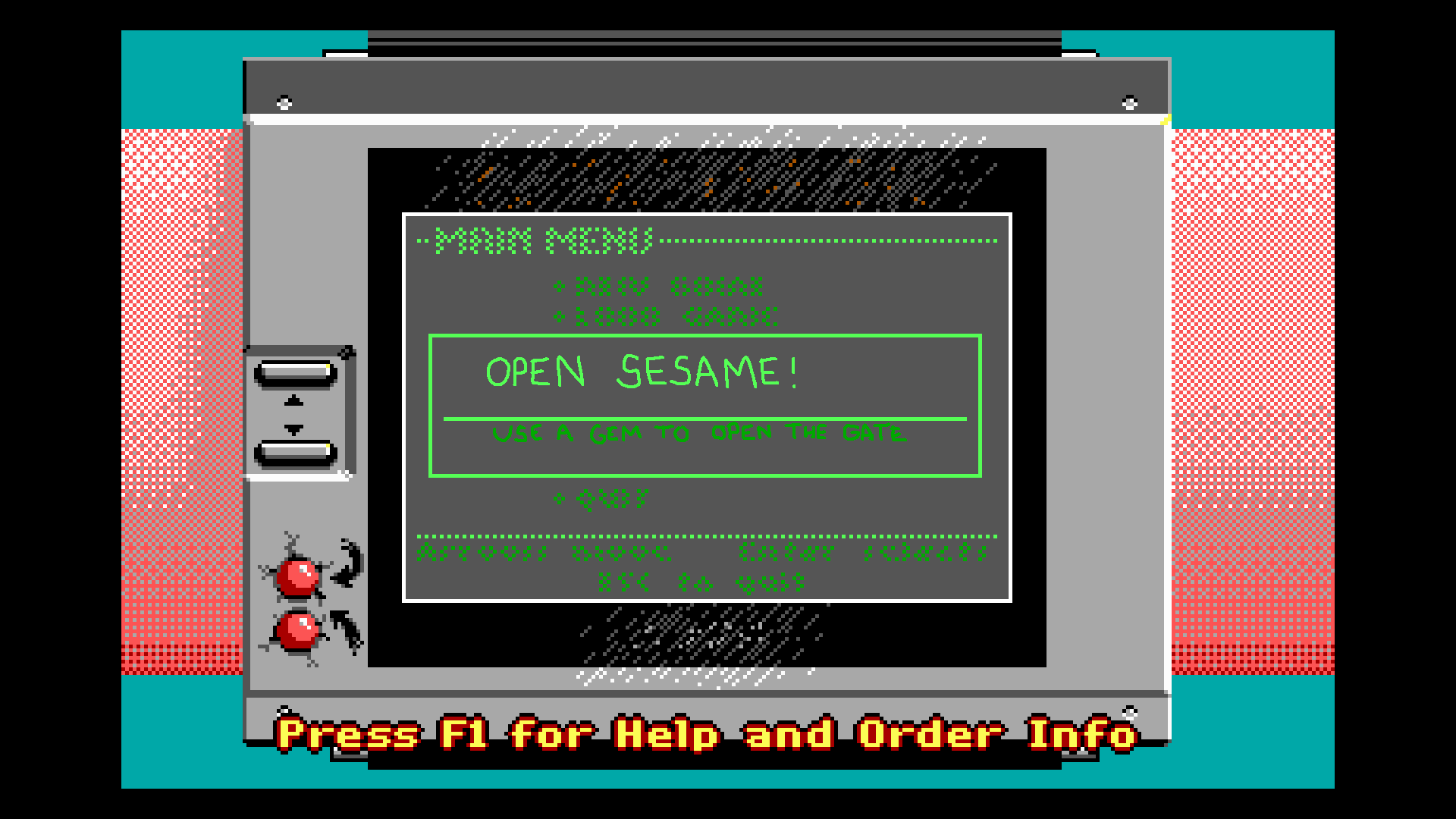 The last image is an edit from a Keen 4 screenshot running through DOSBox, where a submenu appears when you try press the End Game button. This box could potentially be used for showing the description of the actual Trophy.

Maybe Trophies itself also should be a toggle-able option; even though I personally like it included, other may just want the vanilla experience of running the Commander Keen series natively through either Windows, Mac or Linux without the hassle of using DOSBox.

I can post all my suggestion in the GitLab issue tracker to make it more organized.

Edit: I have now posted all these suggestions in the GitLab issue tracker.
All times are UTC
Page 1 of 1