This is where you can post your Commander Keen related stories, artwork, or other stuff that is related to Commander Keen but otherwise doesn't belong in another forum.
Post Reply
635 posts

lmaoo!
The mystery is solved. All this time it was His Holiness Guido with his incomparable poisonous power for whom they built a shrine with a large statue, didn't they

oh joy, also i thought poor slug was having a cold...oh the poison sneezes
Top

Nisaba wrote: ↑Tue Sep 06, 2022 9:35 The mystery is solved. All this time it was His Holiness Guido with his incomparable poisonous power for whom they built a shrine with a large statue, didn't they

Oh, I have plans for the Slug King, if I ever get that far. 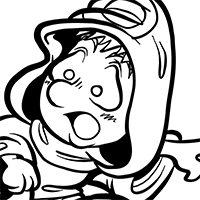 pinning for the fjords, read it many times on older pages....never got it
Top

Urban Dictionary wrote: "pining for the fjords"
Used to describe a dead person or animal as a way of convincing somebody that the corpse is not, in fact, dead.

First used by Michael Palin in reference to a dead Norweigan Blue parrot in the famous Monty Python Sketch.

I see, so it's a double-layered reference. Never heard of this line either. Well I was going to make a comment about the intrigue of inventing new species to add depth to the Keen planets.

proYorp wrote: ↑Fri Aug 19, 2022 21:18 The pun was plenty obvious to me. I've heard it said aloud a few times, so there's that. Pretty sure Doofenschmirtz used it once.

LOL. When I came up with that one I was like, "Someone HAD to have made this joke with the Mad Mushrooms before," which is why I had to add that "everyone was thinking it" part.

Ah yes, the duality of "what if it's not obvious" and "what if somebody did this before".

Really though, I love this series for being as cheesy and over-the-top as it is. I think the one pun I had trouble with was the shockshund one ("ohm-bark from here." Was that "embark"?) but even if I don't initially find them amusing they tend to kind of grow on me.

Awesome. I love the shirt.

Thanks for noticing. The shirt got covered with so much Foob entrails, I wasn't sure if anyone would notice.

I was looking for it!

It's such a fun silly little tagline.

Actually I was thinking about, someday in the future, making my own Keen comic. I was wanting to actually borrow that shirt design for a little easter egg reference, would you be cool with that?

Fully expecting Guido to suddenly reappear in about 10 comics or so and explode.
"Friendly. Very friendly. Too friendly."