Here, you can get help with anything or just chat about the original Commander Keen games.
Post Reply
11 posts • Page 1 of 1

Well, I don't see anyone posting this here and I think it's important Keen history, so here goes.

This is neat! Scott Miller posted on Titter a letter sent to him in 1990 by Id Software: 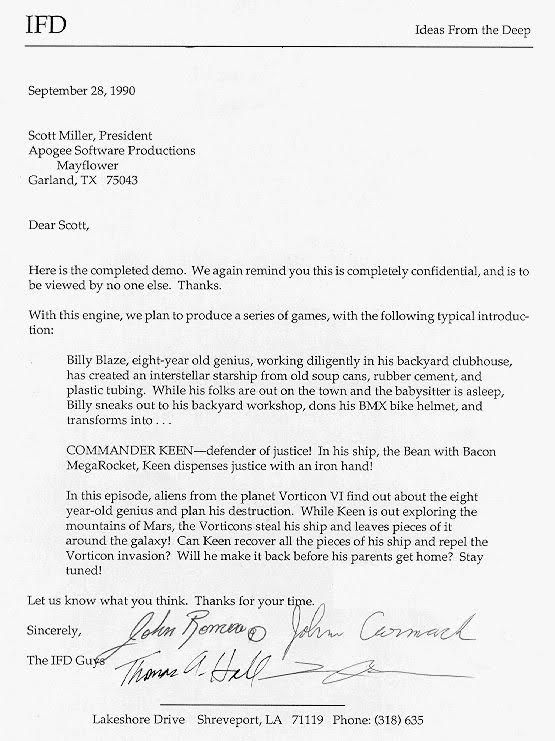 Amazing. I love the many differences in both the word selection, and the actual plot. I'm so glad they changed to the American Football helmet thus propelling the visual appearance of Keen to the truly iconic.
Top

For more information, look at the KeenWiki.
Top

Does that say Thomas Hall?

Somehow it never crossed my mind that his full name would be Thomas.


Here's the original Commander Keen illustration, the first ever made for the game. I used to have it hanging in my office until I saw it fading--thanks sunlight--so now I keep it in storage. Notice that Billy is holding his gun in the wrong hand (this really bugged John Romero). 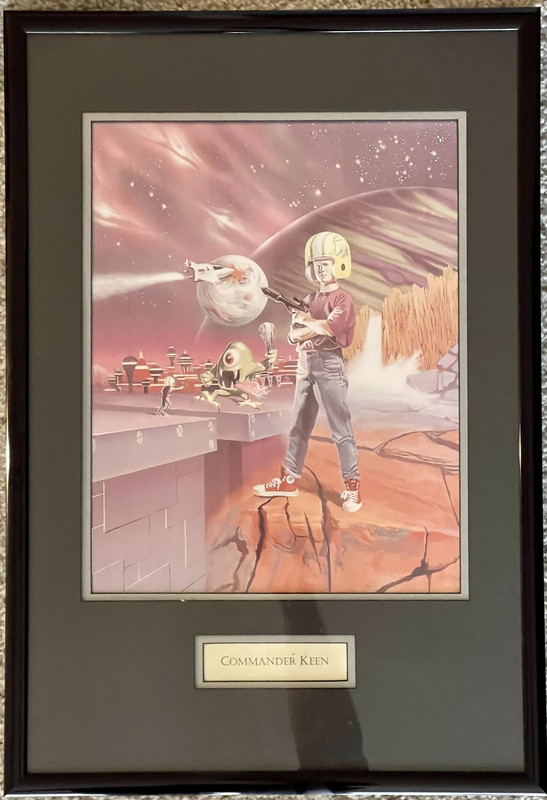 
Before the original Commander Keen was released Dec 10th, 1990, I sent to Id (still calling themselves Ideas From the Deep) a list of the needed shareware screens to advertise the remaining two episodes. Here's what I sent to them. Note the different names for Ep2 & 3 back then! 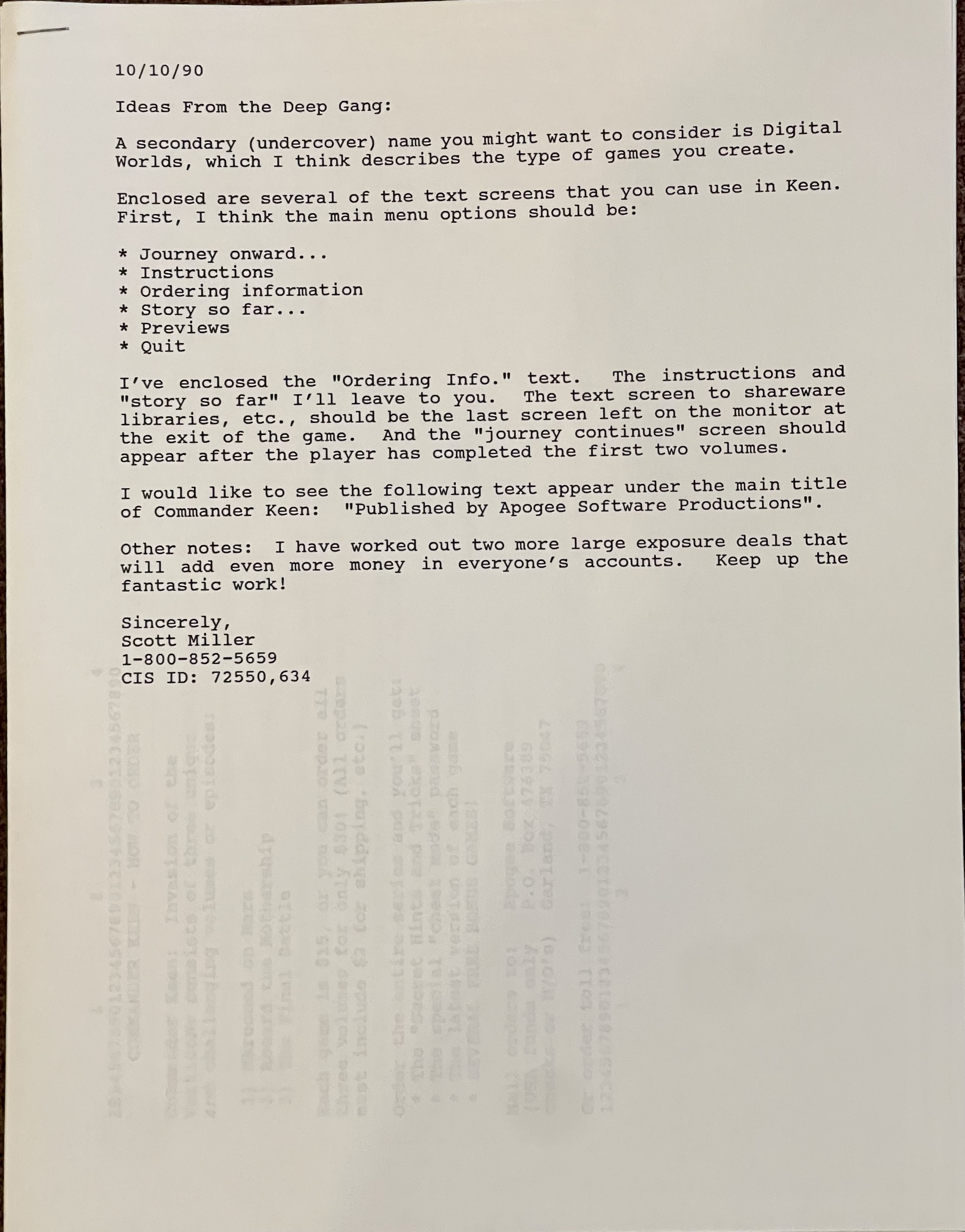 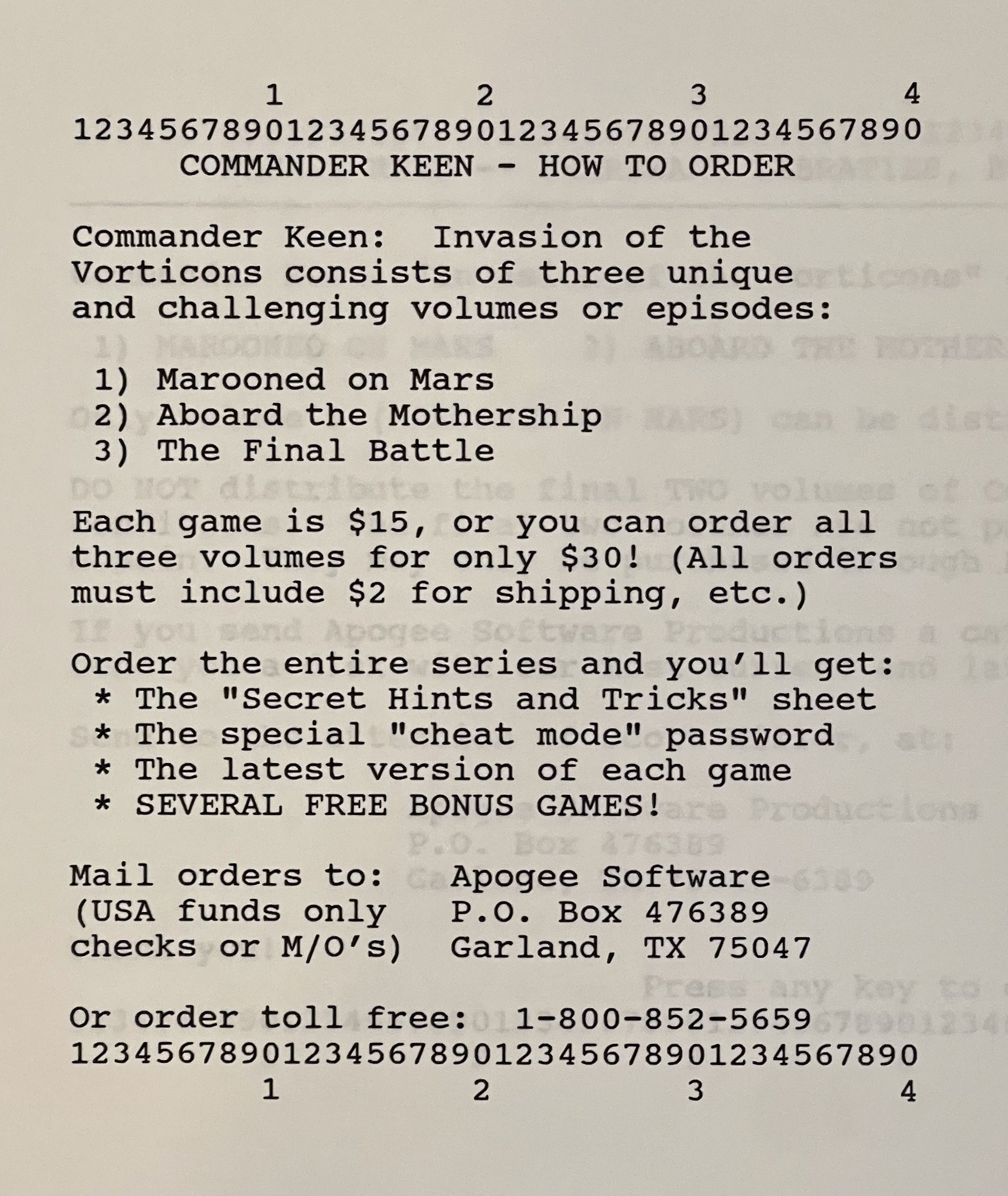 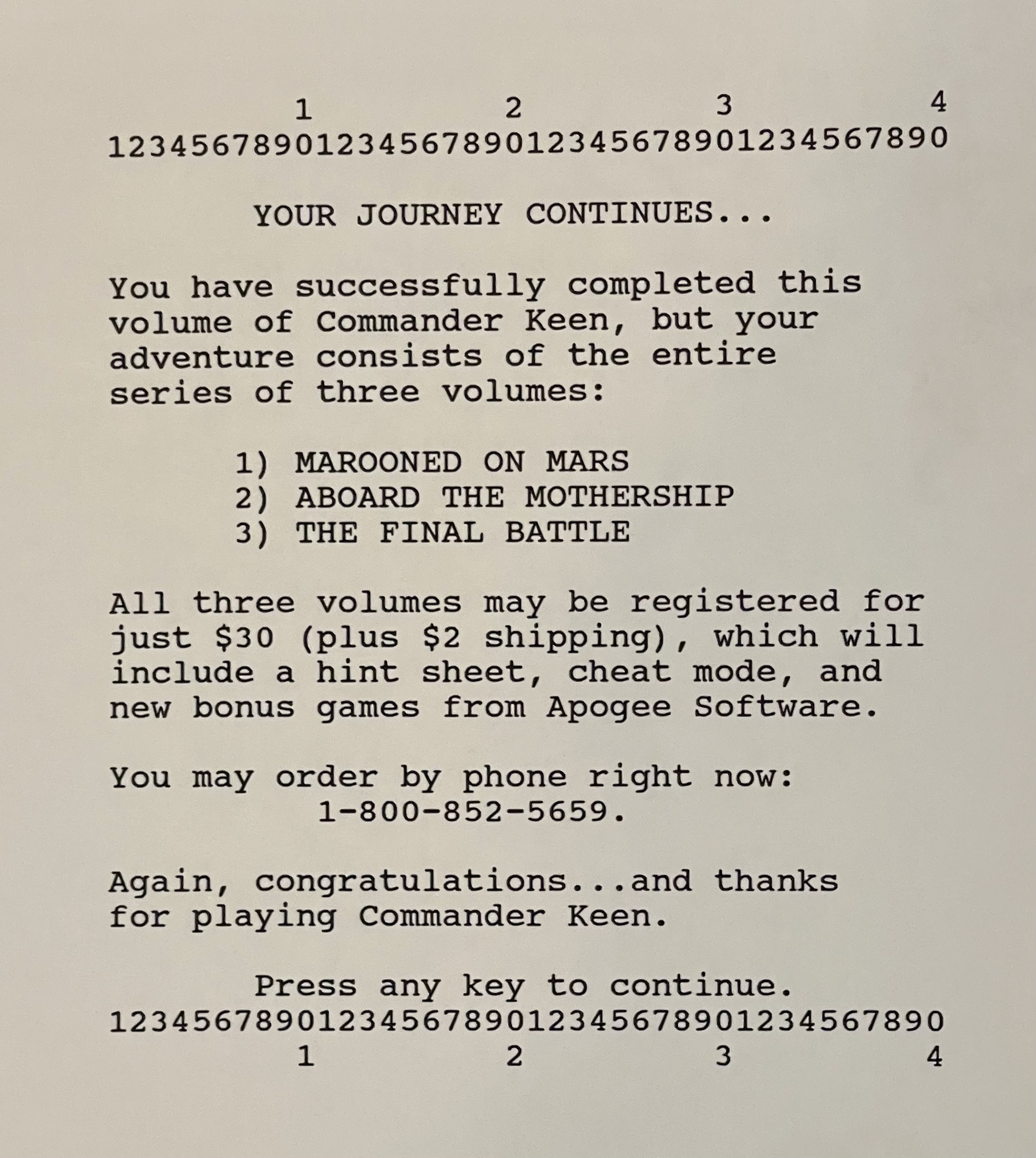 
After my call with Id about them making Commander Keen for Apogee in 1990, I wrote down the two main deal points that I needed to create an agreement with them around. Here’s my actual note to myself. 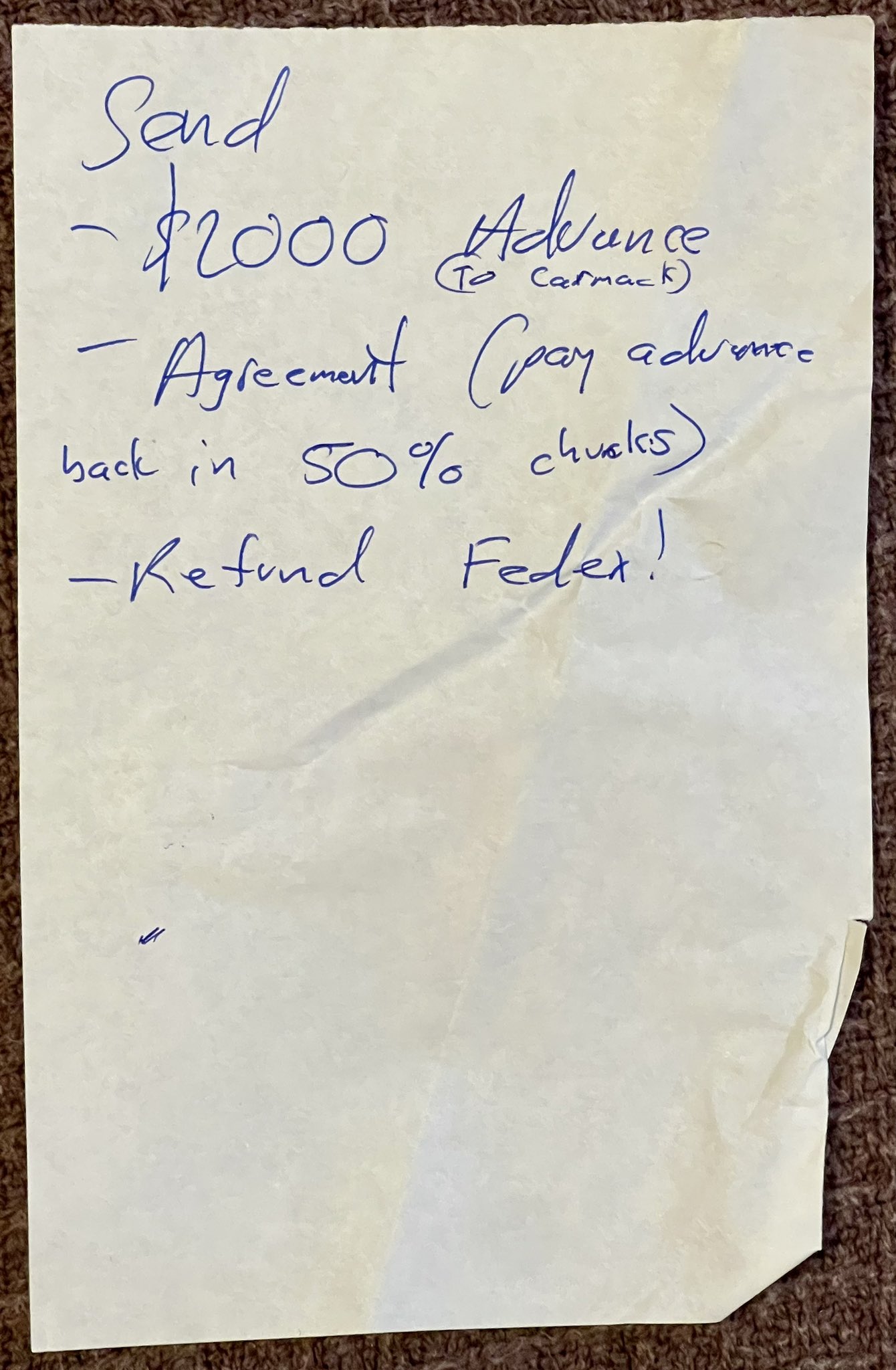 I like the names of episode 2 and 3 that we got, instead of those working titles.
Top

I have to agree, those working titles are hilarious though

Trippy. Man after reading this I had a hangup for a minute and could not remember the actual names of the 2nd and 3rd episode.

"The Earth Explodes" and "Keen Must Die!" are definitely much more "action-packed" sounding. Fits the tone of the series a lot better. I'm sure the final more "clickbaity" names would've helped sales too.

And the old main menu text... it almost looks familiar for some reason.

"Journey onward..." Feels like crossing into a mirror world.

This is some juicy trivia. Thanks for sharing.
"Friendly. Very friendly. Too friendly."

Yea thats the most interesting thing. I guess they also implemented clickbaiting.


Early in 1991, Scott Miller sent a copy of Commander Keen to Electronic Arts, the industry publishing giant at that time.

But, they didn't look at the game and instead wanted us to sign a submission form -- too much friction to work with them so we blew them off. 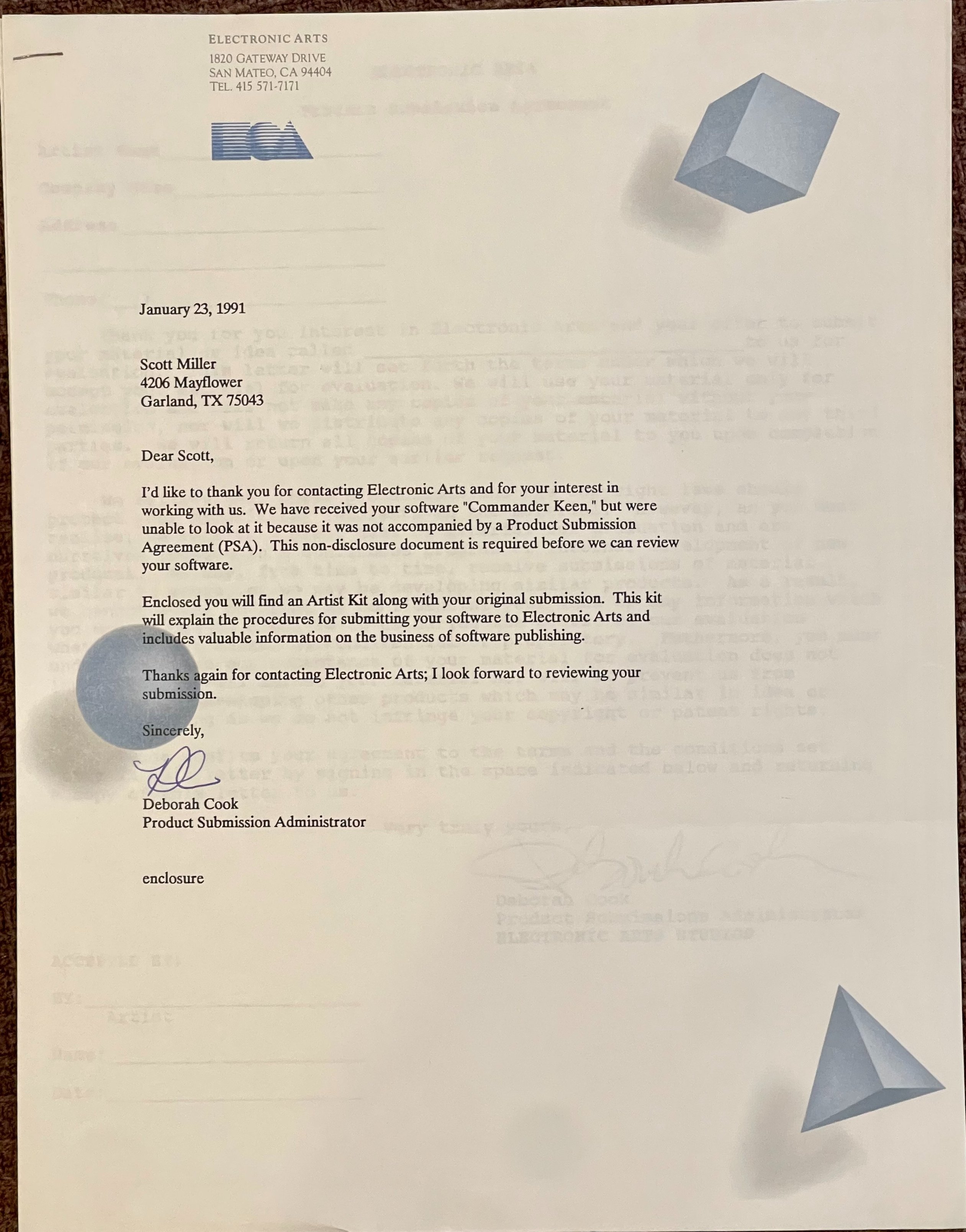 2. More from Scott and Romero, like Keen running on Windows and all the levels in PCX images:


John Romero sent me all the original Commander Keen levels in PCX image format (on the two blue floppies) for marketing. They were also starting a new game they never finished, Fight for Justice (I never saw a demo). Instead, they began work on the next Commander Keen games. 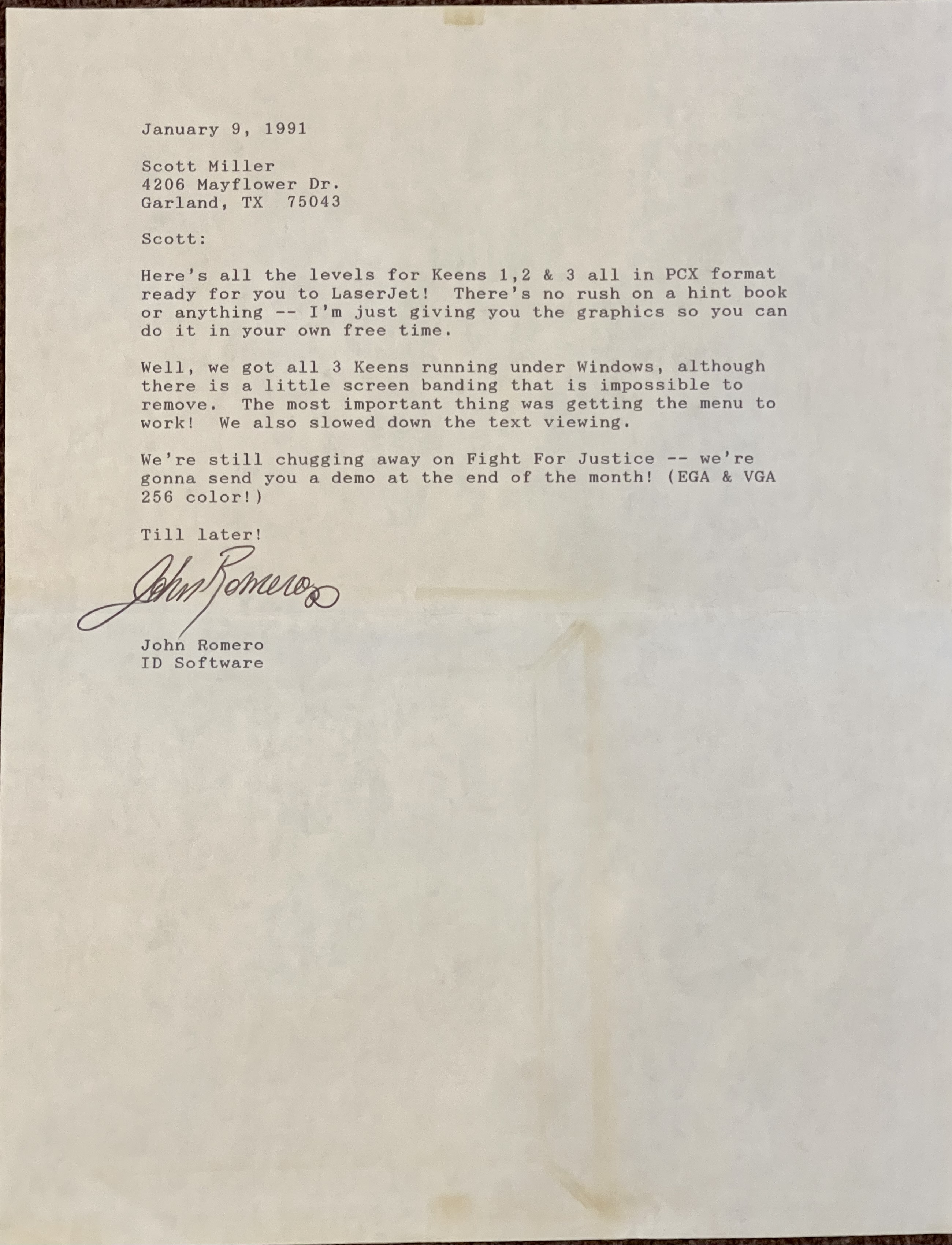 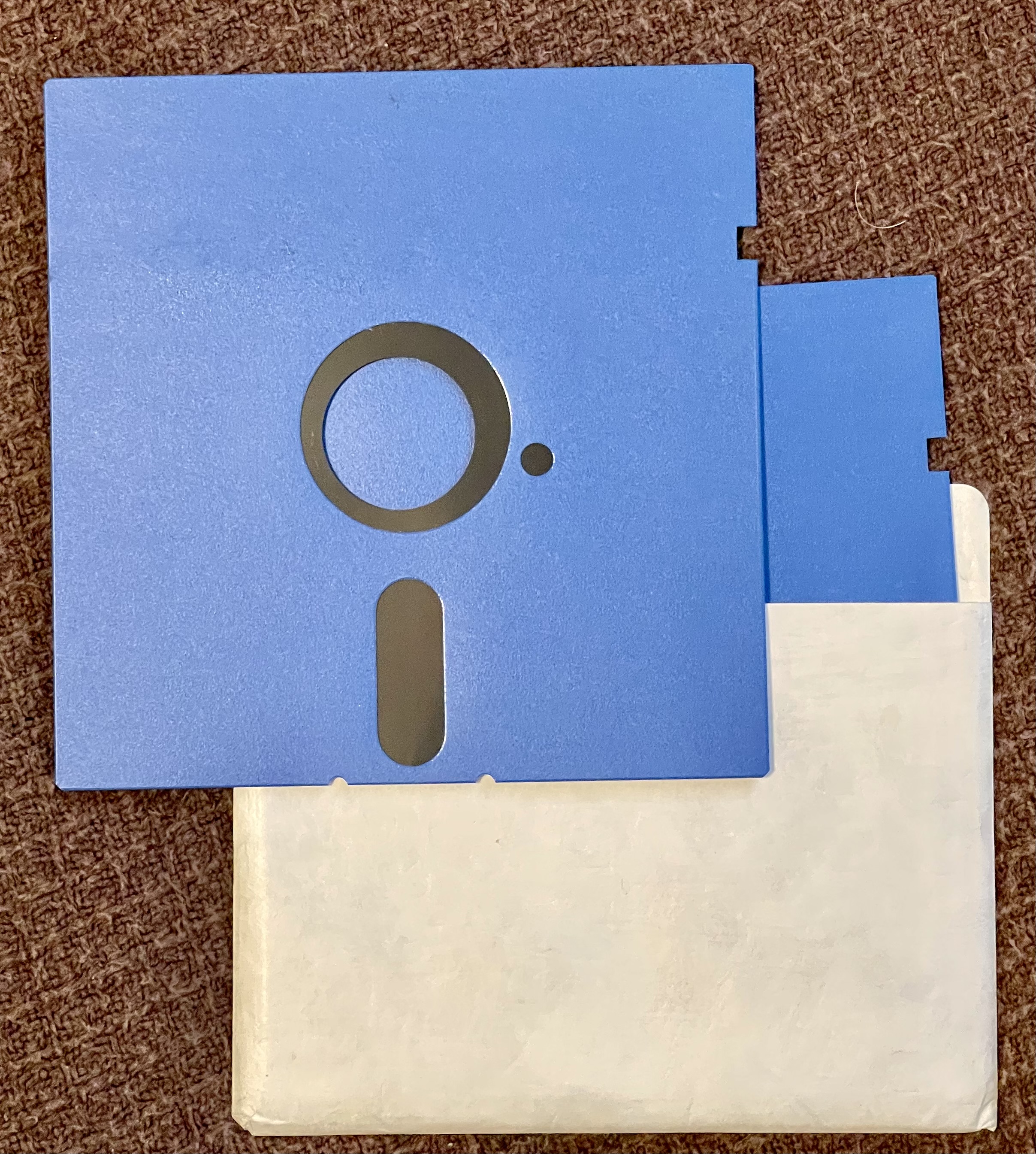 3. This image is not new, but we now know more about its background:

Ken Rieger created this 6-character art for us in '92 that we planned to use on the cover of our Apogee catalog, but we never used it. George has the original painting. Even though I helped create Cosmo I never knew he was furry until seeing Ken's artwork! Yet, it makes sense lol 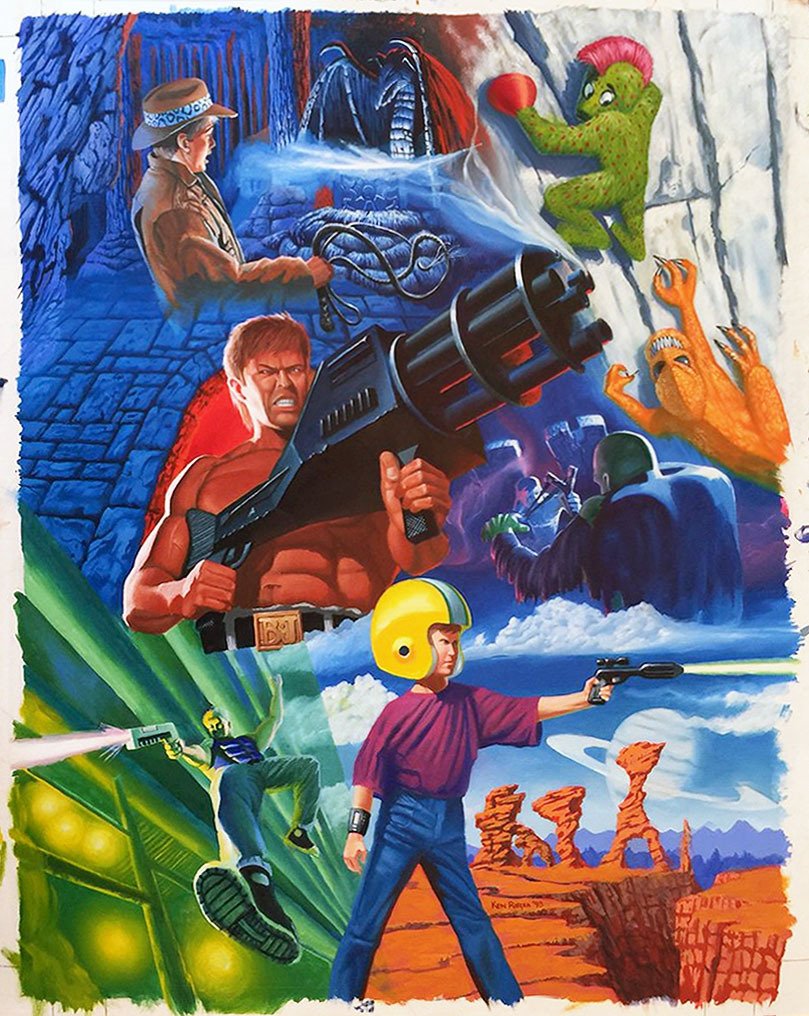 John Romero wrote: Well, we got all 3 Keens running under Windows, although there is a little screen banding that is impossible to remove. The most important thing was getting the menu to work! We also slowed down the text viewing.

Hee, they tested it on Windows.

I didn't even think they used Windows then.

Oh man the lightning-fast text scrolling is the most annoying part about using version 1.0 of the games. I'm so glad they fixed that. Thanks John Romero.
"Friendly. Very friendly. Too friendly."