Here is where to post about the latest Commander Keen fangame or modification you've finished, a new website you've made, or another Keen-related creation.
Post Reply
223 posts


for a certain mod I rearranged ALL foreground tiles. unfortunately I missed to alter one or two old Animation Offset values and ran into some problems. I had a hard time figuring out which tile properties causes the problems but finally found those fault ones by inspecting each and every last one them (clicked the whole tileset like crazy)

Fleexy wrote:Levellass, it looks like UNLZEXE is a little tricky but not too bad. (I'm not sure why the UNLZEXE program is so huge, then. 1MB to just decompress stuff!) There's also C source code for it, but my C is weak. I'll look into it.

If UNLZEXE.EXE is over 1MB, then whoever compiled the code used a stupid compiler that added lots of useless junk. I wrote a Duke NUKUM to NUKEM patch about 5 years ago that used UNLZEXE code. The DOS version (which was basically a quick hack based off UNLZEXE 0.5) was 27kb when compiled. The windows version (which used my own reimplementation of the UNLZEXE code) was 83kb. And those patches also had to convert the spelling in the decompressed EXE and change the title screens.

BTW: I just noticed that I was the one who documented the UNLZEXE algorithm on the ModdingWiki.

So if you have questions, feel free to contact me and I'll do my best to help you.
Hail to the K1n9, baby!
http://k1n9duk3.shikadi.net
Top

please share your recompiled and shrinked UNLZEXE.EXE with us.

Yes, I can see how a visual overlay for animated tiles would be helpful. The customized extended tile property viewing feature I added recently will easily be able to accommodate that addition for the foreground tiles. I'm not sure at the moment how much work it would be to include the background tiles. For what it's worth, you could conceivably rig up a PowerShell script that uses FMod.dll's GalaxyTiles class to check any tile property you like.

If we could come up with a small version of UNLZEXE (<100KB), that would be great, and I would include it with Abiathar. Otherwise, I'll see about translating that C to a .NET language.
Abiathar: the superior Keen Galaxy editor
Top

Nisaba wrote:please share your recompiled and shrinked UNLZEXE.EXE with us.

http://www.shikadi.net/keenwiki/UNLZEXE does provide a 16-bit and a decent Linux version, but for windows users there is only that huge 1MB UNLZEXE 0.81 version available.

That 1MB version of UNLZEXE comes from the CloneKeen Plus/Commander Genius project. I remember downloading the IMF player from that project, and its exe was over 1MB, too. The exe I got after getting the source code to compile with MS Visual Studio 2008 was about 143KB with linked-in runtime environment and about 24KB without the runtime environment. So you could probably get similar results by compiling the C code from the CloneKeen Plus/Commander Genius project with Visual Studio.

I chose not to do that, though. I used my ported code, added a tiny command-line interface and compiled it: UNLZEXE 0.8 for Win32 The exe is 70KB and the source code is included. If you want to recompile it, get a demo version of BlitzMax here: http://www.blitzbasic.com

Wow, I just checked the blitzbasic website and noticed that BlitzMax is now open source, but they want you to register in order to download the free version of BlitzMax. I wouldn't do that, just contact me if you're interested and I'll upload my old installer for the version 1.30 demo that I used to compile this. Once you have the demo, you can probably download the full source from github and use the demo version to compile it if you really want to.
Hail to the K1n9, baby!
http://k1n9duk3.shikadi.net
Top

K1n9_Duk3 wrote:just contact me if you're interested and I'll upload my old installer for the version 1.30 demo that I used to compile this.

I had some trouble uploading the file as a whole (7+MB), so I had to create a split archive. You'll need 7zip to decompress this.

Also note that you'll need to run the MaxIDE as an administrator at least once, so the demo can place some data in your Windows directory and modify the registry to enforce the 30 day limitation. I recommend running it on a virtual Windows XP computer if you can.
Hail to the K1n9, baby!
http://k1n9duk3.shikadi.net
Top

I have no complaints, I just keep forgetting where the tileset debugger thing is.
What you really need, not what you think you ought to want.
Top

Hi i just started playing keen again after always playing it as a kid 30 now and just found this program so started modding but of course pretty easy to use having a few problems of working it out but in the past 2 days have worked out alot myself .. so more indepth videos helps would be great sometimes seeing is easier way to learn then read ... ps my 4yr daughter is hooked long live keen .. cheers oscar
Top

Hi Bubzrulz and welcome to the forums,

You almost got it!

You can see an example of a correctly configured initially-open bridge in level 12 (Pyramid_Shadows) of the original Keen 4.
Abiathar: the superior Keen Galaxy editor
Top

there are top and bottom tiles for bridges. you just forgot to used the upper ones as well. 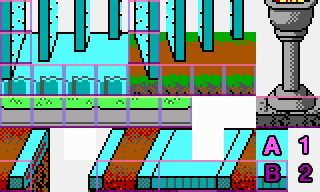 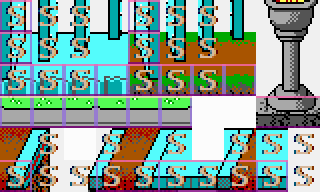 Yeah, that's the Main reason why I avoid .net and c# entirely.

With wxWidgets or Qt for GUI and a new C++ Standard you pretty much can Cross compile and Support various Systems.

Eventhough most of us use Windows I consider it important being open to other systems.