Here is where to post about the latest Commander Keen fangame or modification you've finished, a new website you've made, or another Keen-related creation.
Post Reply
53 posts 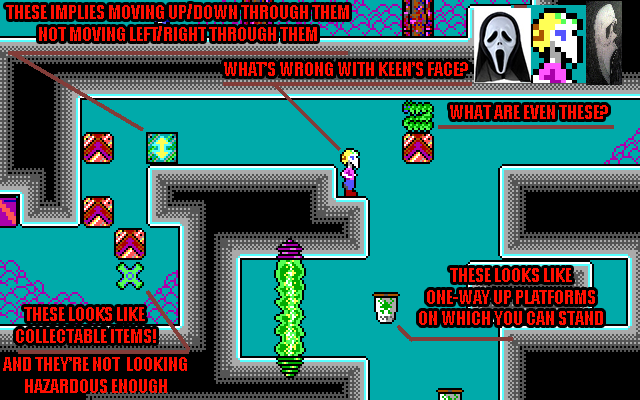 I'm not gonna criticize the difficulty because to be fair, it's not that hard. I've already finished one level and almost finished other two. It's just that people here are better at keen 1 than me.
More from me: Planet Cloudius IX | Jill 4 | Dave levels
Top

Just completed the fifth level. Very unexpected, very cool. I was getting worried I'd be stuck in what is quite frankly, and as the story indicates, intentionally, a really ugly world.

Re difficulty: I wouldn't say these are hard levels. Level 3 and 4 were both really unforgiving in terms of length vs number of challenges, but I know every time I died was because I was either careless or impatient, not because something was particularly hard.
The PCKF Rules
Top

Well, after playing all of the levels, I can say that the first 5 levels are actually a walk in the park compared to what comes next. What comes after those 5-6 levels I can only describe as pure keenrush insanity at its best (or worse, depending on how you look at it). There are some really clever puzzles and designs. But I'll not comment on the difficulty. 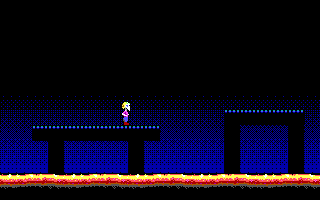 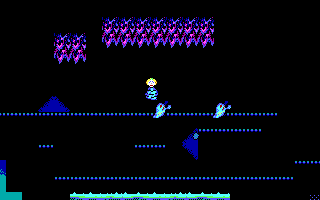 Thumbs up for the kung-fu bunny. This is arguably the most impressive keen 1-3 mod enemy ever!
More from me: Planet Cloudius IX | Jill 4 | Dave levels
Top

Guess I'm going to give this a chance now. Just another case of managing time with certain tasks again.

As for the other thread on the mod, sadly I think that I know the feeling of coming near the end, only to lack the motivation to finish the last remaining bits. All the work done so far is what matters, though!
Website: https://ny.duke4.net/
Top

Nice mod, played it with Commander Genius for a while:

Boy oh boy, I have to say, it is very hard. Thanks for the contribution. Shall I put it to the CG Game Store?
Having fun developing stuff...
Top

What I can say from my perspective is, that I'm not a huge fan of the Keen 1-3 series BUT I gave your mod a try since you wrote that it was a pain to finish it.

For now I only can say, that the items confuse me a little bit. If I wouldnt have read this thread here in the forums I would be probably very surprised during the gameplay. ;D But I guess thats only a matter of memory!
A project for lifetime.
Top

Thanks for the comments, everyone.

If you could, please make your custom program open-source! in my opinion this seems to be a very useful tool to have for future mods to come... great idea by the way!
"We have come to conquer you all and bring you lots of candy!" | about me | my current project: play Keen mods on a GameBoy |
Top

The CG video immediately points out a shortcomming of CG itself; it doesn't draw the starting sequence the way Keen Vorticons does, leaving the bottom row of pixels of the rising bitmap on the screen. I think Agony is only the second mod to use that effect though.
What you really need, not what you think you ought to want.
Top

@Nisaba: I'm not the biggest proponent of open source...

sorry, hadn't got the chance yet. to time, really... things are really hectic around here.
But I'm looking forward to play your mod somewhere around Yuletide.
"We have come to conquer you all and bring you lots of candy!" | about me | my current project: play Keen mods on a GameBoy |
Top

Your welcome! Well, lets just say ... I dont trust the Keen 1 engine. ;D While playing my brain needs 90% to focus on the game and the rest 10% is talking. Ususally I am able to talk more comfortable during Keen games, but in this one I have to invest more energy into everything. Its very challenging at least for me! It is fair enough that you placed in difficult levels more points in order to get the lost lifes. One thing I asked even during my part 3 video: Is it possible to collect more then 6 lifes in this mod? Or is 6 max?
A project for lifetime.
Top

^ Trust the engine and everything becomes so much easier.

from what I've seen so far, this is one your best, if not the best sprite animation work. you know, that I'm really impressed by all of your mods. I love the colour-richness and your attention to detail. and your heavy patched mod bring so much freshness to the community.
there is only one flaw to most of your mods: there is no easy mode for noobs like me... I know, this one isn't as hard as others, but we'll have to wait and see if I will be able to put up a good fight. I'm already shaking in my boots...
"We have come to conquer you all and bring you lots of candy!" | about me | my current project: play Keen mods on a GameBoy |
Top

Now let me record a next part! ;D
A project for lifetime.
Top
Post Reply
53 posts