Old post wrote:I made some ten odd Keen 1 levels, and it took longer than it should have.
Anyway, this is an alpha release since the only person to have played these levels is me. 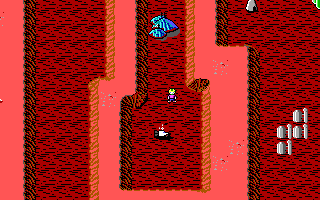 Your image links appear to be broken. Some users have had trouble with pulling Dropbox images after recent changes; I can't remember if there was a workaround or if the conclusion was everyone should just upload to something else.
Keening_Product was defeated before the game.

true that, but know the initial post is gone...
"We have come to conquer you all and bring you lots of candy!" | about me | my current project: play Keen mods on a GameBoy |
Top

I tried to edit my post, but I don't use forums and don't know what I'm doing.

In other news, I put all the snapshots I took into this album.
Top


changelog wrote:World map has been updated
Ending has been patched out
Yorp messages removed from two shrines
Text files updated
Includes two new text files as outlined in the readme

I have to say I'm quite enjoying these levels! They're well designed with variety and are challenging, but not Keenrush level of difficulty because I managed to beat a few levels already. I think it's a right amount of difficulty because after playing Keenrush's mod, I was questioning myself whether I suck at keen 1 or if his mod is really too difficult. So well done!
More from me: Planet Cloudius IX | Jill 4 | Dave levels
Top

I'm always down for a Keen 1 level pack, but when this was released I was so busy with my mod that I decided not to play anything new until I was done. And then I forgot all about it. But now I've played it, and have to say I liked this pack a lot. The new world map looks nice. I liked the winter levels the best but there were no bad levels. Nice to see gargs utilized well. A nice design idea with giving the pogo in several levels. Going to play these levels again soon. Thanks.

So when I was packing this up, I noticed how much my levels where "inspired" by id's. I was aiming for harder than official, but just that.

I was more inspired when making the ice levels, I really love that theme, Icewind Dale is a beautiful game.

The idea with Garg placement was conjured when watching stealth gameplay of Xkykeen actually. That and accidental placement that worked rather well. That's true about a lot of my monster placement actually.

And to anyone who doesn't like playing unfinished mods, this is essentially RC1, it also just happens to still be an alpha. As I said in my commentary, This will probably be the last release. As for what's next, I'm currently working on a Doom map, but don't expect anything soon.
Top

These robots will not cooperate! Next time I build a keen 1 level I'm going to keep a better rein on them. So I fix the ones in that second shrine, only for the bridge/fort to have wonky robots. Also, I noticed it's possible to for the vorticon on the last level to get stuck. Not sure on a sane way to fix that.