Here is where to post about the latest Commander Keen fangame or modification you've finished, a new website you've made, or another Keen-related creation.
Post Reply
87 posts

I just finished my first playthrough, though I didn't beat all the levels yet.

Artwork is fantastic, you've put the new orange color to good use. Everything about the use of colors and dithering is just right, not too pixelated or too bland.
Level design is also pretty solid, though I found it a little lacking in difficulty (I played on hard, as always).
Music is great, my favorite is the one playing on the first level, among others.
Story/setting is decent, though sometimes it felt like unnecessarily detailed meta text, while other times items crucial for the game and plot are barely mentioned (like the whole shield generator thing, it's never really elaborated on how or why it works). I guess that's why the Ormch memo or whatever it was called is its own extra chapter. I was also hoping for a plot twist or the story somehow evolving/expanding as you go, but I guess the game engine doesn't really support that.

Also some assorted questions:
- Are the Enkri incapable of speech?
- How could the Dorsal develop a space-faring civilization with no arms?
- Why did the Ormch ask Keen to do their dirty work instead of someone else? Surely they must've known from his reputation that he'll betray them in favor of saving the life on Ocflore.
- Are the Ormch, in fact, robots?
- Is there no scrolling story screen?

All in all this is an excellent Galaxy mod! I rate it four Yorps

Last edited by Grimson on Sat Jan 25, 2020 8:50, edited 1 time in total.
"All those thousands upon thousands of junk foods made for me on the various planets I explored make me wonder how I'm still alive."
Top

Is this whole races and stuff happens quite late in the mod?

I didn't noticed so far anything of races, needed decisions...nothing much of the story...
Top

Nisaba wrote: ↑Fri Jan 24, 2020 10:21besides...
was this graphic suppose to be meant as the squished Inchworm/Feathered Vindrizi Grub you were talking about earlier?

Based on what I've seen in the patch file, yes. I've used this for the patch that makes them squishable.

Nope. The Keen 4 text is not modified by any patches and the code to display the scroller is disabled. This mod is not supposed to have that scrolling text.

No, the (original) opening story is a bit misleading. You cannot side with the Ormch in this mod, you have to help the Dorsal. There is only one ending sequence.
Hail to the K1n9, baby!
http://k1n9duk3.shikadi.net
Top

I have to give an absolute massive thank you to K1n9_Duk3 for all of the wonderful work he's put into this mod in the last few weeks. The finishing touches and optimisation have only been possible through his efforts and I'm very happy with how the mod is looking now!

Here are some of the things that have been added to this revision:

- Vendrizi Grubs can now be squished with the pogo
- Hitboxes corrected to avoid issues with enemies getting stuck places they shouldn't
- Optimisation across the board that should allow the mod to be playable on original DOS hardware
- DEPFA.COM and COLR.COM programs are no longer required for the adjusted palette used in the game
- Minor tile fixes and adjustments

There's probably a few things I'm forgetting as it's been a few weeks now!

I'm glad everyone is enjoying the mod, it's been a pleasure working on it and as long as I keep getting feedback on how to improve it I'll keep going!

"squished with the pogo"
Oh neat! I like squishing things with my pogo! Downloading...
More from me: Planet Cloudius IX | Jill 4 | Dave levels
Top 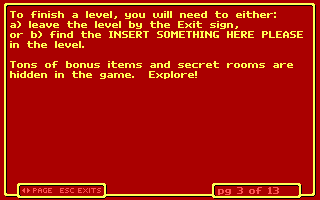 I've come up with another patch that might be useful if you're trying to run this mod on a real DOS PC but the game complains that there is not enough memory for the background music on some levels. Just insert this into the patch file:

Aside from reducing the memory requirements, this also means that loading sounds and music is a bit faster, since the Huffman decompression is skipped entirely.
Hail to the K1n9, baby!
http://k1n9duk3.shikadi.net
Top

ahh, and then there is this "door-protection" bug. "Keen has no sprite collision when entering doors. This has the effect of making him invulnerable to enemy sprites and other deadly tiles while doing so. It also leads to 'door immunity' where any enemy that is touching Keen when he appears from a door cannot hurt him when his collision returns, meaning he is invulnerable to that enemy for a short period of time."
So, you might wanna add some deadly tiles down below there as well.

And there's still a problem with the hitbox of the Snorkel (slug replacement) that can cause it to get stuck after pooping while facing right. It's sprite0193 in uGrab.

And there's another bug in the Keen4 code that also causes issues. Enemies only turn around when the middle of the hitbox is no longer touching ground that they can walk on. The game then undoes the previous left-right movement and moves the enemy by that amount in the other direction. It does not perform any up/down movement at this point. That means if the enemy is forced to turn around while on a slope, the code that tries to move it in the other direction makes it lose contact to the ground and therefore the enemy gets stuck floating in the air.

In the bottom-right corner of map 3, there is a tile hazard (that pink worm thing) right next to a slope. The Snorkel in that area can't walk across the tile hazard and when it turns around, it gets stuck because of the bug in the code. There might be other places with similar layouts as well.

I'll try to find a fix for the bug in the code and I'll post a patch script once I'm done. That way you won't have to change the map layout to avoid these issues.
Hail to the K1n9, baby!
http://k1n9duk3.shikadi.net
Top

K1n9_Duk3 wrote: ↑Sat Feb 08, 2020 23:17 [...]
In the bottom-right corner of map 3, there is a tile hazard (that pink worm thing) right next to a slope. The Snorkel in that area can't walk across the tile hazard and when it turns around, it gets stuck because of the bug in the code. There might be other places with similar layouts as well.
[...]

These patches should fix most of the issues related to enemies turning around on or near a slope (assuming the hitbox for sprite 193 is also fixed):

While testing the patch, I came across this snorkel in level 4: The enemy is placed too close to the slope and will always get stuck immediately after it is spawned. You should move it 1 tile to the left. There might be other issues like this, I haven't checked every level.

I was playing with godmode enabled and noticed that the wormouth replacement can also get stuck sometimes if it attacks Keen while on a slope. But I don't think that's a big issue. Chances are that the wormouth will kill Keen when it attacks without getting stunned first, so if it gets stuck after that, it won't matter anyway.
Hail to the K1n9, baby!
http://k1n9duk3.shikadi.net
Top

At least the nazis from Blade of Agony know what a good mod is... 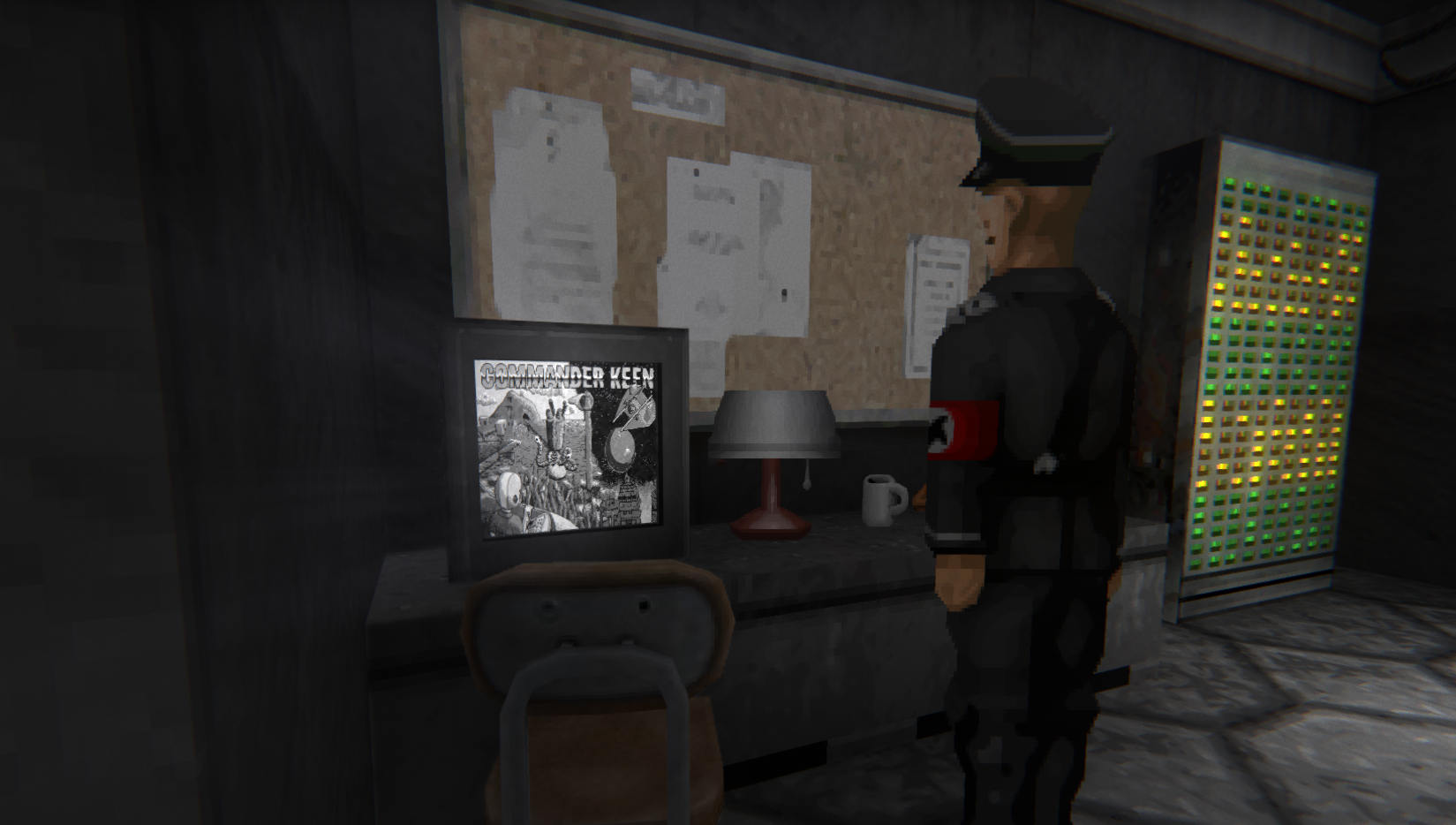 astonishing and disturbing at the same time

Discovered an empty secret in level 7 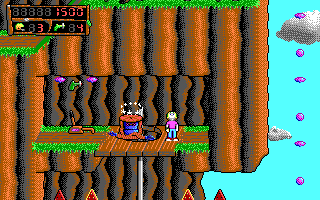 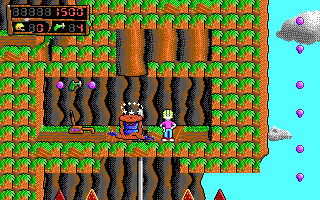